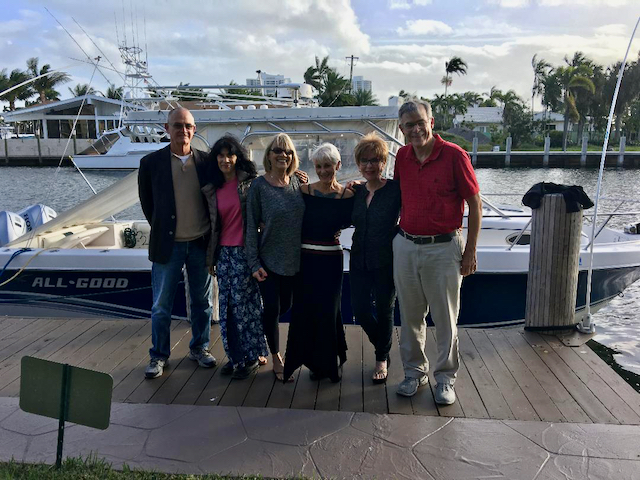 Lucy Collins is a volunteer facilitator for the Peace Education Program (PEP) in Miami, Florida. For the past three and a half years, she and her team have conducted about 400 PEP workshops at the Metro West Detention Center. It is the largest county correctional facility in Miami-Dade County, with a capacity of 2,000. (PEP volunteers pictured above: John Hampton, Cintra Hardy, Cristina Killian, Bobbye Farino, Lucy Collins, Jeff Camp)

The idea of volunteering for peace education came to me in 2009 when I heard Prem Rawat speak about peace programs happening in various prisons around the world. Afterwards I turned to a friend and said, “Why can’t we do peace education workshops in Miami?” 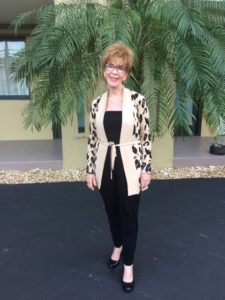 We contacted various correctional facilities and rehabilitation centers, but it would be another two years before the program at Metro West finally developed. Tatiana Brooke, a court translator, introduced me to a judge she worked with who set up a meeting for us with Miami Dade County prison officials.

We presented written materials and an 11-minute video, Peace on the Inside. (The short was the start of a big four-year project to make the award-winning feature documentary Inside Peace, now airing on PBS. It focuses on four inmates at San Antonio’s Dominguez State Prison who attended the Peace Class.)

When the short ended, you could have heard a pin drop. Then, with enthusiasm, the Commander said, “Well, we could do a 9 a.m. class for women, take a half hour break, and do a 10:30 class for the men.”

We held the initial PEP workshops at another prison, but they weren’t as successful as we had hoped. The young inmates had difficulty focusing and weren’t interested. At that point, we discontinued the classes.

Over the next two years, I continued to keep in touch with prison officials. I’d send updates about the PEP and quotes of Prem Rawat talking about peace whenever I came across any I thought they might enjoy.

Then, one day, I got a call from the head of Volunteer Services for Miami Dade prisons. He said, “I think there’s a place for the Peace Education Program in Miami Dade correctional facilities.”

He put me in touch with Counselor Terrance Mathews. From the moment we got on the phone, it was magic. Counselor Mathews was one of the friendliest, most incredible people I have ever had the pleasure of speaking with. He was excited about starting the PEP at Metro West Detention Center. We began with one class for men in August 2014 and later added a second class. We began a class for women in 2016. 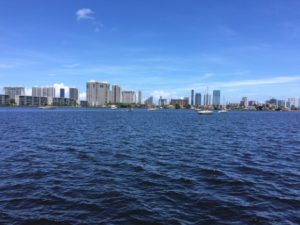 Some inmates first enter the class so downhearted they can’t even look at us. We have seen remarkable changes in them as they watch the workshop videos of Prem speaking about personal peace. Many can’t understand how just one wrong turn landed them in prison but are grateful it gave them an opportunity to hear his transformative message.

Many appreciate the PEP so much they’ve attended every single workshop since its onset. There are attendees from all walks of life—mothers, fathers, veterans, teachers, hairdressers, and scholars.

When we volunteers walk down the hall, inmates say, “I know you. You’re from the Peace Class!”… “I’m coming to the next workshop!”

One of our participants was a professional athlete. Whenever he saw us approach, he would greet us with an adab—a traditional Islamic hand gesture of politeness and respect.

He attended an event with agencies that provide services to help inmates readjust when they are released. The athlete pointed out our PEP team to one of the representatives, acknowledging how much he appreciated us. The inmate came over to talk to us, turning away several times with tears of gratitude. He told us that after each PEP workshop, he would return to his dorm where fellow inmates—Jewish, Muslim, Christian, Hindu—would form a circle with their chairs to listen to him talk about his experience in the class. 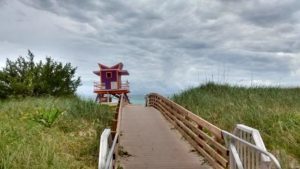 I see so much beauty in the inmates as human beings. My teammates and I feel it is an honor to work with them.

We once held a PEP workshop at a Broward County prison. There was a young inmate who sat up front but never spoke. I finally asked him, “Are you enjoying this? You’ve never said anything.”

He smiled. “I remember every word Prem says… I’m getting out of here in 88 days. And when I get out, I’m taking every one of those words with me.”