A Commitment To Clean Water

TPRF has made a long-standing commitment to providing the basic human necessity of clean water to people in severe need.  Financing the well drilling program in the remote village of Andhra Pradesh in southeastern India is  the latest example of TPRF’s commitment to this cause.

In September 2010, TPRF granted $100,000 to WaterAid in support of a multi-phase program to help the survivors of flash floods in Pakistan. WaterAid is an international charity whose mission is to transform lives by improving access to safe water, hygiene, and sanitation in the world’s poorest communities.

The following post includes excerpts from WaterAid’s August 2011 report on the goals achieved by the aid program.  TPRF’s grant helped WaterAid assist over 133,000 people in Pakistan whose lives were devastated by the floods.

On July 28, 2010 Pakistan experienced the worst floods in its history as a result of the monsoon season. The floods affected 20 million people (10% of Pakistan’s population). More than 1,700 men, women, and children lost their lives and at least 1.8 million homes were damaged or destroyed.

The people most severely affected were predominantly small farmers and unskilled workers. They are among the most vulnerable group in Pakistan and almost all live below or just barely above the national poverty line. 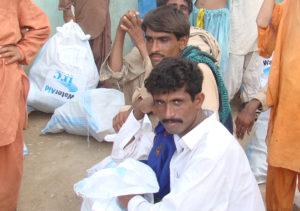 The spread of communicable diseases was minimized by hygiene education, and medical camps that provided both preventative and curative aid with particular attention to maternal and child health.

“The demand for water and sanitation provision had never been so high. The destruction of water supply schemes and the already limited capacity of existing systems meant the need for water was crucial from the start.”

Twenty-seven-year old Basira is a health worker responsible for 144 households in the rural farming village of Choki Drab, which was reduced to little more than bricks and mud following the floods.

Basira is a flood victim herself.  Camping in squalid conditions in the grounds of her destroyed home, she has continued working for the sake of her community and her family as the only wage earner.

“In the early days of the floods, almost everyone in Choki Drab was suffering from fever, scabies, diarrhea, eye infections, and malaria because of the contaminated water,” Basira said.

“The water was so polluted it was green in color. It smelled terrible and there were dead animals everywhere.  Organizations such as WaterAid helped educate people about the importance of clean water, encouraging people to either boil it or use tablets and telling them they must wash their hands, especially before eating. Basically, clean water equals good health. The water is cleaner now and people have gone back to using the water supply from their own hand pumps.” 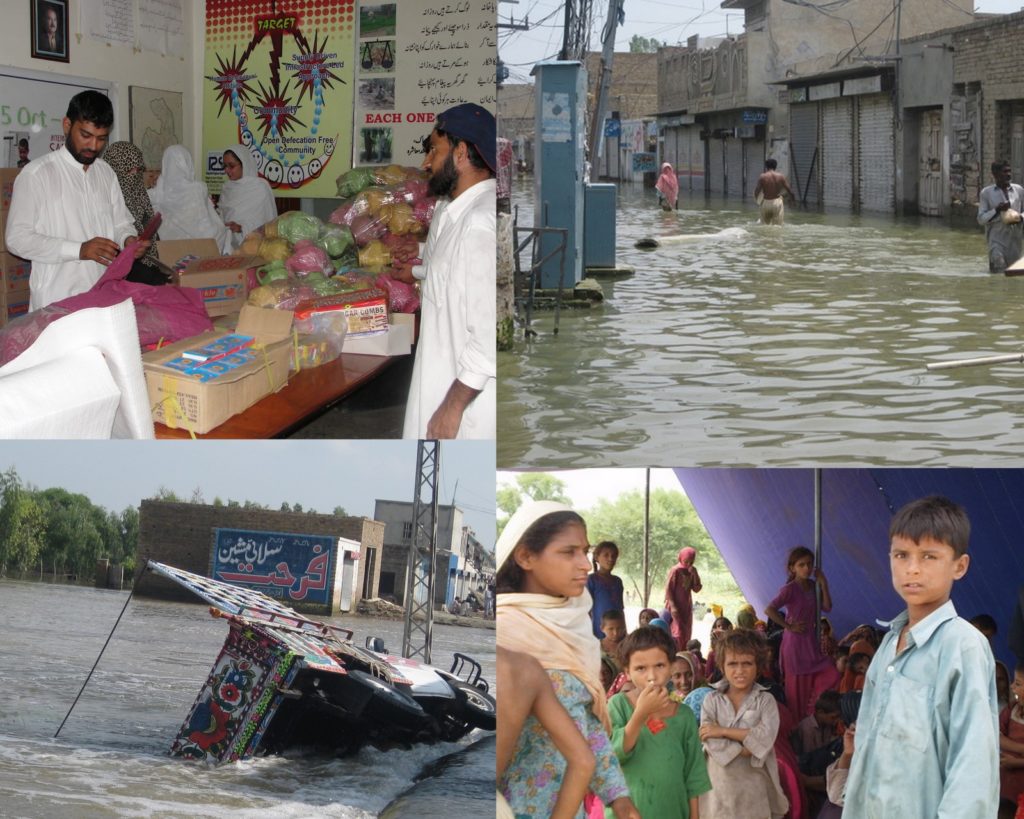