A Glorious Day in Ghana (Part I) 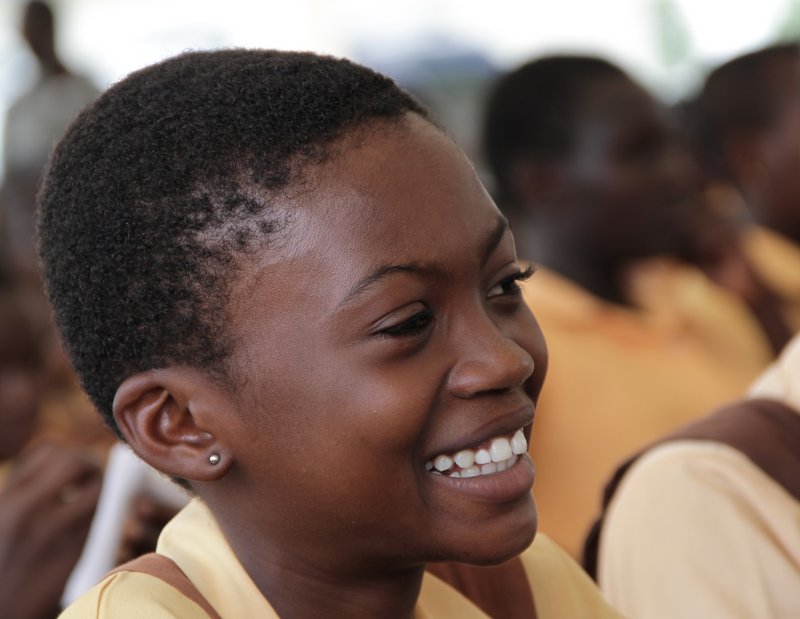 The American tradition of gathering family and friends together during the 4th Thursday in November, i.e., the Thanksgiving holiday, is so strongly embedded in the American culture that I feared it would be awkward to intentionally miss the occasion—but that is exactly what I did this year.

I knew sometime in advance that Prem Rawat planned an official visit to the Food for People facility in Otinibi, Ghana during the time that might very well conflict with this year’s Thanksgiving holiday.
The real reason I wanted to attend was to see the facility and participate during Prem Rawat’s inauguration of this proprietary TPRF program, as I have done with the two other Food for People facilities established in India and Nepal.

It was early in September when I had confirmation of the event. I immediately started planning (scheming really) how I could gracefully remove myself from the Thanksgiving family dinner table. Luckily, my husband was the easiest to convince, as he is my strongest advocate, gracefully accepting my extended travel schedules and weekend work habits. 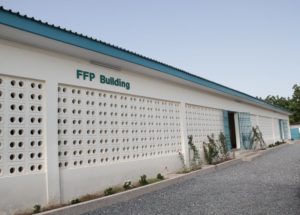 For several days, I thought about all the excuses I could offer my mother, my siblings, and loved ones for missing this most significant holiday, for the first time in my life. None of the excuses seemed nearly as compelling as the real reason I longed to attend, and so in the end, whenever someone brought up the subject of Thanksgiving, I enthusiastically blurted that I had already made my plans for Thanksgiving. I was going to Ghana!

After a few expected protests, sweet resignation followed, and then curiosity and interest in my latest adventure involving TPRF. I offered some poignant reminders about the other Food for People facilities that are well established in India and Nepal, the profound impact these programs have had on the children and local communities, and my unbridled enthusiasm to see this newest FFP first hand. Calm was restored, and I sensed that everyone appreciated and respected my viewpoint to attend this important event.

The flight to Accra from Los Angeles was very long, somewhat delayed, but mostly uneventful. Finally, settled in my hotel room in Accra, I felt excited about my morning’s visit to the Otinibi FFP facility, and began thinking about the important event scheduled to take place with Prem Rawat in two days.

We left after the morning rush hour and although much of the hour-long drive was along paved roads, construction interrupted many segments, and potholes were an ongoing safety concern.

When we finally came into Otinibi Village, it was really a thrill to see the Food for People sign hung on the crisp white wall of the facility. When we arrived, the children were just heading into the dining hall. They were dressed neatly in their school uniforms, walking and chatting and seemed very happy. They even thought it was fun that I wanted to take their photographs and posed a little before running off, giggling. 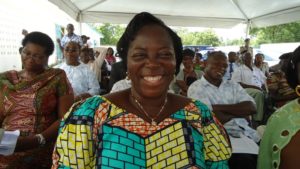 It was the first time I met the headmistress, Ms. Grace Ninsaw, an absolutely delightful person, thrilled with the prospect of tomorrow’s event. With her eyes shining and a smile so broad and beautiful, I couldn’t help offering a wide smile in return. We had hardly said two words to each other, but somehow I felt very connected to the woman who has been so helpful in managing as liaison between the school and TPRF.

Ms. Ninsaw was on cloud nine as she showed me around the school. I visited the very modest classrooms and noticed there did not seem to be enough of anything for the 400 plus students. They managed remarkably well with the assortment of desks, tables, chairs, and benches. What they really longed for, she said in a shy response to my question of what they needed most, were computers. If the children were going to compete for jobs, they needed to have computer skills. Even she, the headmistress, did not have anything more than an old typewriter. I thought surely that we could manage to purchase a couple dozen computers locally to help the students begin learning these important skills. 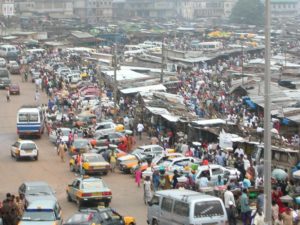 I left that afternoon for a much longer and interesting ride back to Accra. I was happy that I had a chance to see the facility grounds, to discuss the plans for the next day’s event, and to go through the proposed rundown of what we expected to happen during the ceremony. The traffic was much more congested than in the morning because it was now rush hour. There was a continuous bumper crop of street vendors walking and sometimes running after a customer when the traffic moved ahead. They zigzagged deftly between the rows of cars looking for customers. The items they sold were as varied as any you’d find in grocery stores, fast food shops, clothing shops, automotive shops, or toys and school supply stores. It seemed like a very convenient way to shop while waiting in traffic. The vendors even offered men’s suits and shoes!

This, combined with women carrying massive quantities of foodstuffs on their heads, was stunning to watch. Several woman had piles of peanuts stacked on a tray, which they carried on their heads—I was amazed to watch as they walked, never dropping their load. It seemed a convenient way to manage, leaving both hands free for other activities.

(Continued next week in Part II) 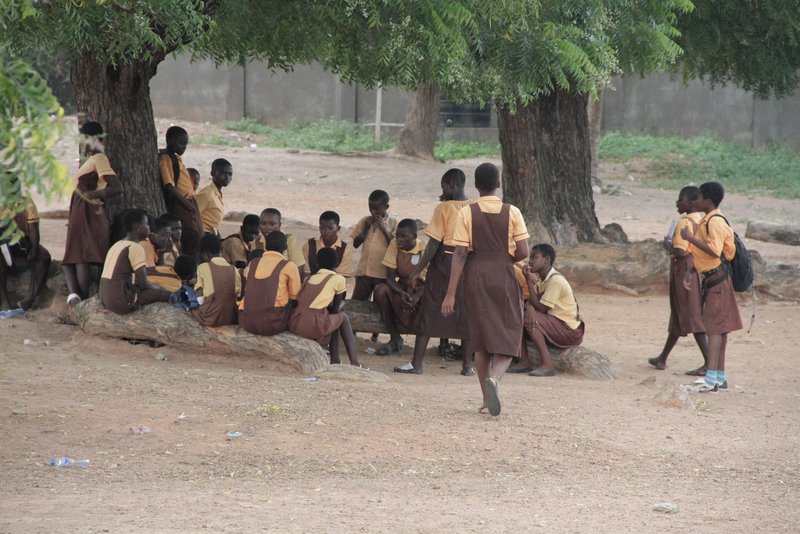 Students Gather Before the Daily Meal