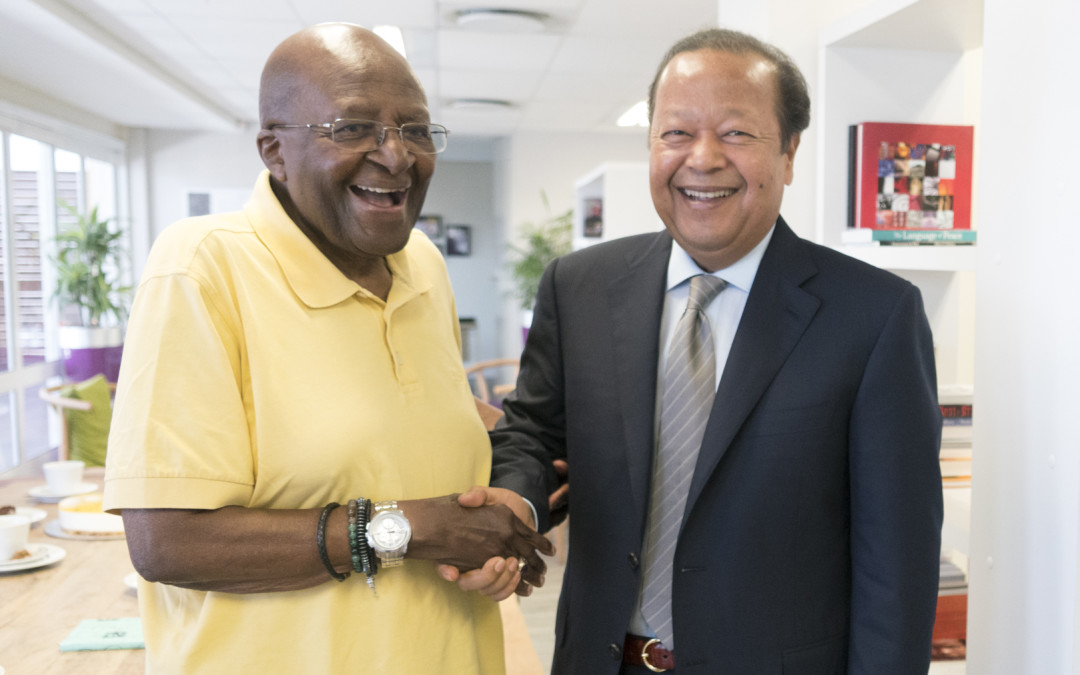 Update: The video broadcast has concluded. Thanks to everyone who watched and participated!

The Prem Rawat Foundation (TPRF) and the Tutu Foundation U.K. will host a forum on June 15 at the British Film Institute with government and NGO leaders to explore topics such as peace education, reconciliation, alternatives to violence, prison reform and breaking the cycle of crime. A broadcast of the panel discussion and a keynote address by Prem Rawat will be featured here on this webpage on June 15 at 3 p.m. EDT.

The forum will also include the U.K. premiere of Inside Peace, a multi-award-winning documentary film that chronicles how the Peace Education Program has a profound impact on the lives of several inmates both inside a Texas jail as well as in their lives following release as they try to change their ways. (The online video broadcast will not include the film.)

A signature initiative of TPRF, the Peace Education Program (PEP) is an innovative, free multimedia course available in 68 countries that helps people discover inner resources such as strength, choice and hope. The June 15 event will also consider the traditional South African idea of ‘Ubuntu,’ an underlying concept in the writings of Nelson Mandela and Archbishop Desmond Tutu that highlights the need for forgiveness and reconciliation rather than vengeance.

Paul Bloomfield, attorney and governor of the Sir John Cass Foundation, an educational charity that provides grants and supports prisoner education, will serve as master of ceremonies at the event. Peter Clarke, Her Majesty’s Chief Inspector of Prisons and former Deputy Leader of the House of Lords, and Lord Tom McNally, who is the current Chair of the Youth Justice Board, will lead a panel discussion following the film screening.

Both TPRF and the Tutu Foundation UK are hopeful that the event will help inspire new perspectives and solutions. “While news media sensationalizes violence and tragedy, Inside Peace provides a window into the hearts and minds of men who choose to break the cycle of crime,” says TPRF President Daya Rawat. “Despite the many challenges, solutions exist that have the potential to transform the lives of people affected by prison and gang experiences.”

About the Video Stream

Participate via social media using the hashtags, #PEPstories and #UbuntuStories

• Prem Rawat, Keynote Speaker, Founder, The Prem Rawat Foundation. Winner of numerous honors for his peace advocacy work, including the Brand Laureate Lifetime Achievement Award. Rawat has spoken to tens of millions of people about peace over the last 50 years at diverse venues across the world, from correctional facilities to the United Nations.

• Peter Clarke, HM Chief Inspector of Prisons and former Head of the Anti-Terrorist Branch at New Scotland Yard; appointed (2009) by the Prime Minister to be a member of the UK national Security Forum, created to advise Government implementation of the UK National Security Strategy.

• Deon DuPreez, former head of the Maximum Security
Unit at Zonderwater Prison, Cullinan, South Africa, housing over 500 inmates serving life sentences; monitor of the Peace Education Program at Zonderwater since its inception in 2009.

• Sir Alan Ward, former judge of the Court of Appeal of England and Wales;
made a Queen’s Counsel (1984); appointed a High Court judge (1988). Born and raised in South Africa, he practiced as an Attorney of the Supreme Court, occasionally being instructed by Nelson Mandela and Oliver Tambo. 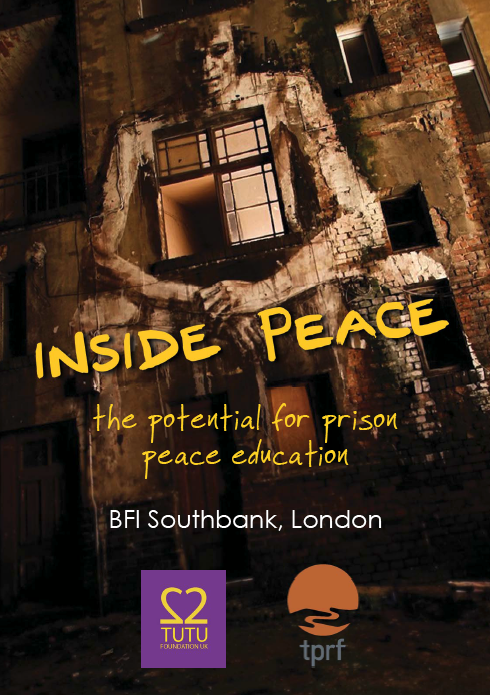 About The Tutu Foundation U.K.

The Tutu Foundation UK was founded in 2007 by the Very Reverend Colin Slee, the late Dean of Southwark Cathedral, and Edith Slee, with the support of their close friends Archbishop Desmond Tutu and Mrs. Leah Tutu. It is built on the inspiration and knowledge of South African communities who sought reconciliation rather than revenge following the overthrow of apartheid, through the concept of ‘Ubuntu’. Ubuntu encourages people to recognize their common humanity, connectedness and inter-dependence as fellow human beings — what people have in common rather than the differences. Chairman Clive Conway is leading the charity forward on an ambitious path of working with police forces, young people and the health sector to reduce violence.

Inside Peace, the feature documentary by American filmmaker Cynthia Fitzpatrick, chronicles the lives of several inmates both inside a Texas jail as well as in their lives following release as they explore the possibility of change. The film offers a rare look, not only inside the correctional facility, but inside the hearts and minds of the men featured. At its core is the Peace Education Program the men attend, initially as an excuse to get free pencils, paper and an hour of air conditioning in the sweltering heat of San Antonio, Texas. Eventually, though, it is their minds and spirits that become refreshed, through exposure to concepts such as reflection, inner strength and the possibility of real change — from the inside out.