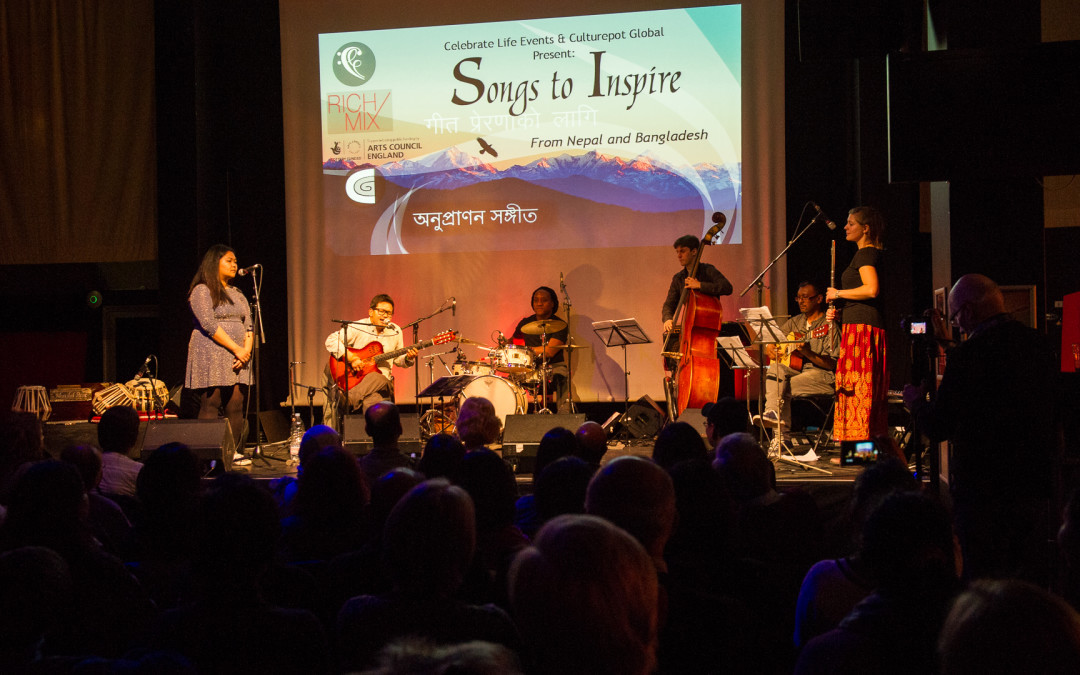 On March 21, 2015 Celebrate Life Events collaborated with events organiser CulturePot Global and arts venue RichMix as part of the Freedom Week celebrations for Bangladesh Independence Day. Named “Songs to Inspire,” it brought traditional, classical, and contemporary music from Bangladesh and Nepal to the East London community.

The audience was a diverse mix of races, cultures, and ages–a great reflection of what London has to offer, and the event was a rare chance to listen to music not covered by the mainstream media. It was all made possible by funding received from Arts Council England.

The event also highlighted the work of The Prem Rawat Foundation (TPRF), specifically Food for People Nepal, and a children’s charity called Music for Development based in Dhaka, Bangladesh.

After the MC welcomed guests, lights went down, and the event opened with a short film about Food for People Nepal showing the story of Rajendra–how he transformed from a young child struggling to get enough food, to a teenager now attending college. This set a marvellous tone for the evening ahead. There was a wonderful atmosphere in the room; everyone was focused, watching and listening. 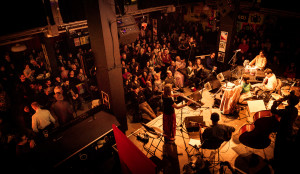 Following this, operatically trained Bengali sisters Sanchita and Tanaya took to the stage to sing a traditional English song combined with a song from Bangladesh. They were followed by Professor Imtiaz, a Tagore singing teacher, and Wendy Lewis, a Londoner trained in Classical Indian music, who sang another song from Tagore’s vast genre of music. The backing musicians were Ganga Thapa from Nepal and his band, Namlo. This colourful fusion of musical styles and cultures gave the event a very special feeling.

The main act of the first half was the world-renowned Rezwana Choudhary Bannya, who had travelled all the way from Bangladesh. She sat centre stage playing a harmonium supported by Ganga and Namlo. Her soothing vocals and careful delivery soon had the audience captivated. After her set, Rezwana introduced a short film about the project, Music for Development, which she set up in 1993 in Dhaka, Bangladesh, to help children living in the slums of the city.

The interval followed with a raffle and silent auction to raise funds for TPRF.

The second half began with an outstanding solo song from Ganga Thapa, followed by a wonderful clip of the TPRF film Food for People, showing how clean water, nourishing local food, and the invaluable support from villagers can bring about lasting change to a community in many, many ways.

The final act from Ganga, and his band Namlo, blended trad 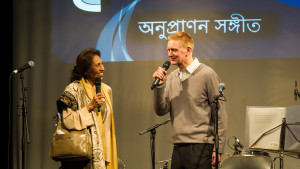 itional sounds from Nepal fused with influences from many other places. It was fascinating to hear Asian music that was familiar to the ear but given a modern twist, tastefully so, with rhythm, swing, and foot-tapping tempo. The full-house audience stayed right up to the end of the concert, as if a feeling of magic in the room kept them there, touching many hearts.

The raffle raised £138 and the two special items auctioned raised £300.  With donations, the total raised for Food for People Nepal stands at $1,100.

Find out more about Celebrate Life events at www.celebrate-life.co.uk

Watch video of the event: