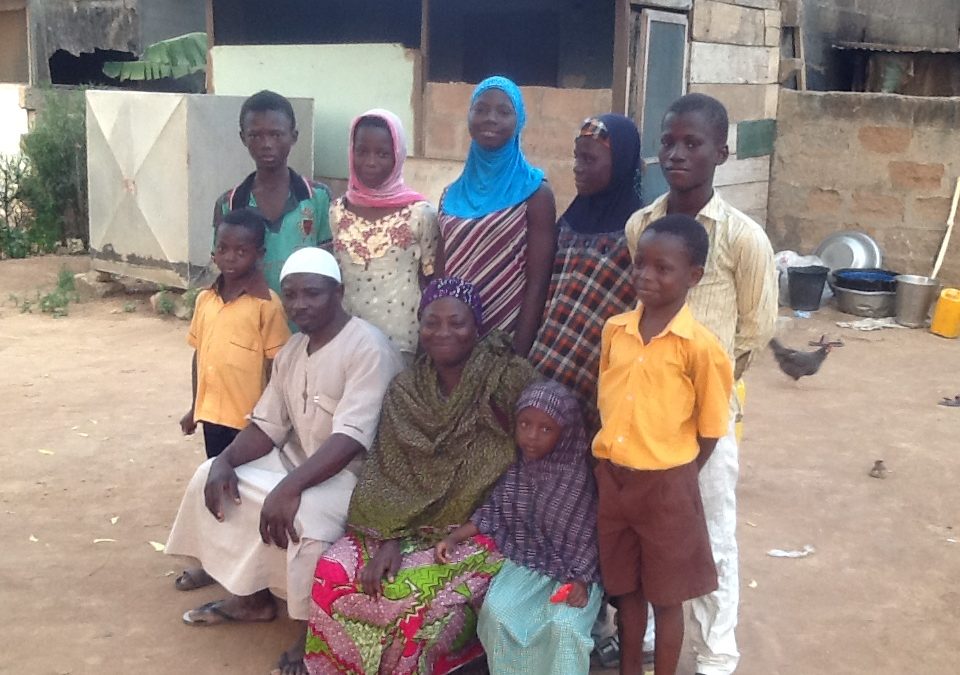 Rukaya Iddris and her husband are pictured here with their eight children, all of whom eat at the Ghana Food for People facility.

During the early morning hours of January 9, more than 750 wide-eyed students from the village of Otinibi, Ghana returned to class after the holidays, ready to learn and catch up with their friends. When lunchtime came around, they had worked up quite an appetite, and because of the generosity of donors from around the world, they were greeted at the Food for People (FFP) kitchen by the smell of fresh local vegetables, rice, and fish stew. It was the opening day of 2018 at the “Canteen” as the locals fondly call it, and the kids beamed as they enjoyed their meals and shared their hopes for the year ahead. 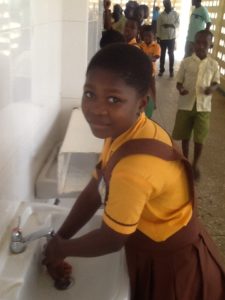 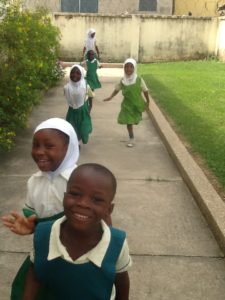 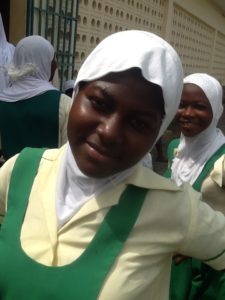 They weren’t the only ones with smiles on their faces. Teachers and administrators were appreciative, knowing the free daily meals, offered since 2012, are helping drive up enrollment and achievement. And parents expressed gratitude for the aid not just because it helped their kids, but because it also allowed them to save the money and time they could then use to help their family get ahead. 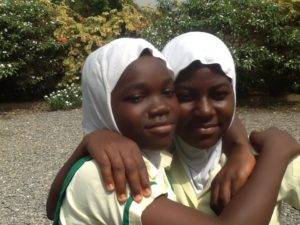 Alex Wiredu, a correspondent for The Prem Rawat Foundation (TPRF), was on hand at the opening day lunch and was touched deeply as he walked around the hall and asked some of the children what they would like to say to the supporters across the globe who make the meals possible.

“Everybody was so happy, and they wanted to express gratitude to the people responsible for putting the food on the table,” he says.

On the visit, Alex learned that the service is helping some of the families in unexpected ways. It turns out that 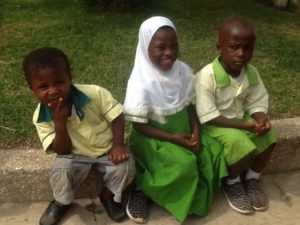 many of the women selling wares along neighboring streets were able to get their start in small business because of the capital they raised on food cost savings.

One of them, Rukaya Iddris, was overjoyed to share her story with Alex, hoping that it would reach the donors whom she can’t meet in person so that she could let them know how much their support means to her family.

A hardworking mother of eight children who are all served by the facility, here’s what Rukaya had to say:

I am profoundly grateful to the owners of this facility. All of my eight children love taking their meals there. 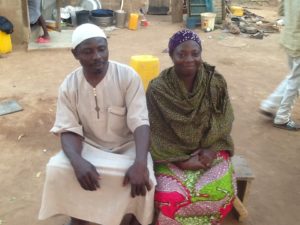 Rukaya Iddris and her husband

Our big problem of waking up every morning and not knowing where their next meal would come from is a thing of the past. Prior to the inception of the meal services, l would have to think everyday of how l was going to get the money to feed them. The children were often late and irregular in their attendance. Their physical and mental health were low. We had rising hospital bills. Hope was almost lost in my home because of the financial difficulties.

One day one of my children came back from school and told me that a canteen is going to start feeding them free of charge everyday, even on the weekends. To my amazement and disbelief, l went to the school myself to verify this was true.

I started planning seriously to save the Ghc40.00 a week I would’ve had to spend to feed them. At the end of that academic term l had saved enough start-up capital to start a corn porridge business.

I enjoy preparing the corn porridge, and sales are going well, as it’s a popular breakfast item.

I do not know the owners of this facility, and neither do they know about me and my family. But because of their kindness, my children are growing very well. They are healthy and happy. They wake up excited every morning, hopeful and encouraged to go to school. Their destinies have changed, and their future will be brighter.

This benevolent gesture has not only helped rebuild the lives of my children, but it has touched me too. I may not have luxurious things, but l have my peace of mind, no more quarrels. A home with no food is hell. Today we have a happy home.