As Haiti tried to rebuild after its 7.0 magnitude earthquake, conditions brewed for a cholera epidemic.

Cholera is caused by bacteria which grow in untreated, contaminated water.  It produces distress in the human digestive tract that results in diarrhea and vomiting, and the infection can be life threatening.

By October, 2010, ten months after the quake, more than a quarter million Haitians were sickened and some had died from the disease, which eventually spread throughout the country.

TPRF’s grant of $50,000 to Mercy Corps helped to bring the epidemic under control in the most at-risk camps around the capital of Port-au-Prince. A 2-minute video describing the Mercy Corps program to support survivors and contain the cholera outbreak may be viewed here.

Thanks to the participation of TPRF and other donating organizations, Mercy Corps recently reported these stories representing improving conditions:

Delinos Baptiste’s home was not damaged in the quake, but he was afraid to continue to live there. This elderly man moved to the camp with an injured foot and no money for a doctor, so navigating in the camp was difficult. He relied on the sporadic support of other camp residents for his basic necessities. The distribution by Mercy Corps of life-saving items such as soap, water purification tablets, salt rehydration tablets, clean water buckets, and redeemable clean water vouchers means Delinos will not have to rely on others to care for him.

When the earthquake damaged Constana Beaussou’s house, she huddled together with her neighbors in the street. The next day, Constana moved into the camps, pitching a blanket on a wooden stick for some measure of protection against the elements. Eventually, she received her tent.  The distribution of basic hygiene products and clean water in the camp allowed Constana to survive and persevere, even when she had no money.

Before the earthquake, Josette Sainville and her partner Jean Sainele Sainrilus lived in Delmas with their three children. The quake cracked their home, forcing them into the camps. Before distributions started, the couple bought water on the streets. It wasn’t always clean, but they drank it anyway. Sometimes, even water was a luxury they couldn’t afford. Today, the family has access to clean water and other supplies on a consistent basis, which is essential for their continued health.

Neal Keny-Guyer, Chief Executive Officer of Mercy Corps, said TPRF funding helped support the organization’s Water, Sanitation, and Hygiene (WASH) program into June, 2011. “None of this would be possible without the inspiring investment of organizations like The Prem Rawat Foundation,” he said.  “On behalf of all those who benefit from your generosity, thank you for partnering with Mercy Corps to make a positive, lasting difference in the world today.” 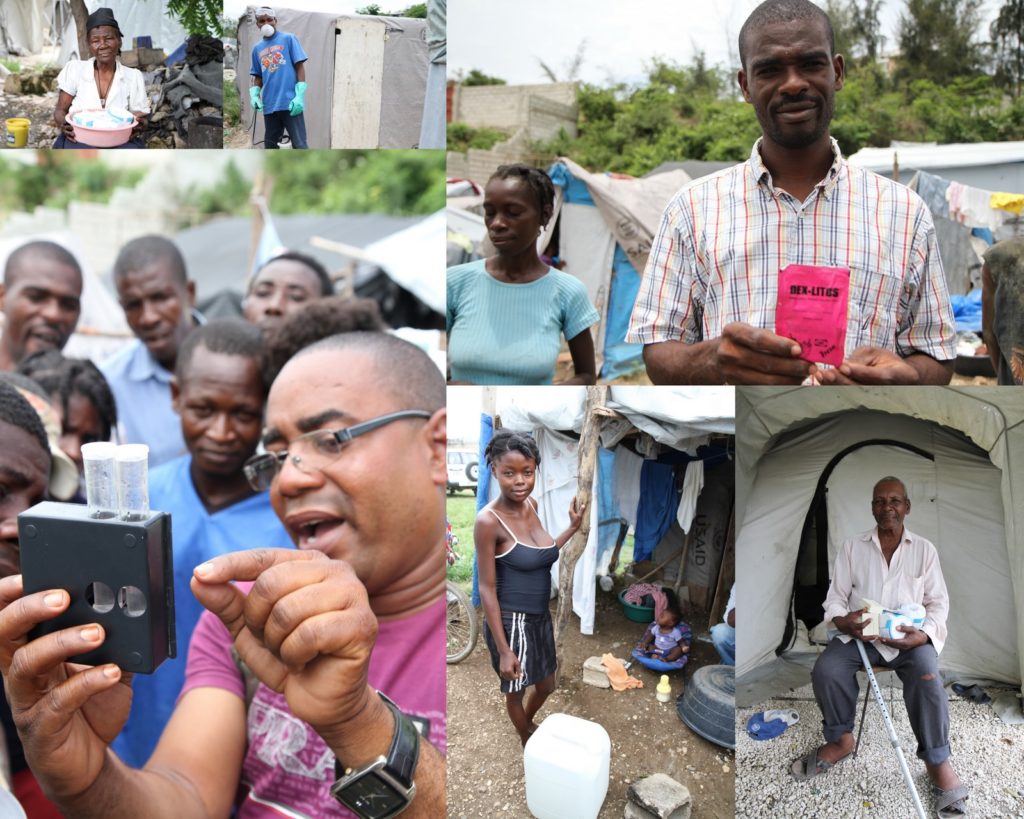