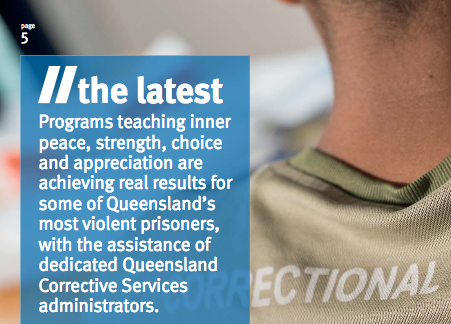 The March 2018 issue of Corrections News features an article about how the Peace Education Program (PEP) is changing the lives of inmates at Wolston Correctional Centre in Queensland, Australia. The monthly trade magazine is published by Queensland Corrective Services and features a variety of stories that highlight the department’s employees and initiatives.

The article showcases Lynne McNairn, Violence Prevention Coordinator at Wolston Correctional Centre, who integrated PEP into her efforts to help rehabilitate some of the state’s most violent men. She reports remarkable results.

“Since March 2017, we’ve seen 143 prisoners successfully through the Peace Education Program at Wolston,” she says in the article. “Of those 143, 76 were in custody for violent offenses. Since completing the course, we’ve had just two percent of that cohort involved in incidents. That’s down from the 30 percent who were involved in custodial incidents prior to the course.”

The article goes on to note, “The fact that she has a list of prisoners waiting to attend the opt-in course which teaches self-reflection, contentment, hope, and understanding, speaks to its effectiveness.”

The article also profiles Luke*, an inmate who “landed in the high-security Wolston Correctional Centre after his desperate $2,000-a-day heroin addiction led him to steal tens of thousands of dollars during armed robberies.”

His violent behavior continued behind bars, where he was “involved in incidents on an almost-weekly basis” until participating in PEP. Now Luke is sober and hasn’t been involved in any incidents in two years. Lynne points to Luke “as an example of what the program can do for prisoners who want to help themselves.”

According to the article, “Lynne says she remembers the day when she realized Luke had changed. A prisoner tried to fight Luke. But Luke just put his hands up and said, ‘I don’t want to do this’ and basically walked away.”

“That’s when the light bulb flicked on,” Luke says. “I’d never turned down a fight, but I was sick of it.”

Read the article below or read the complete magazine here. 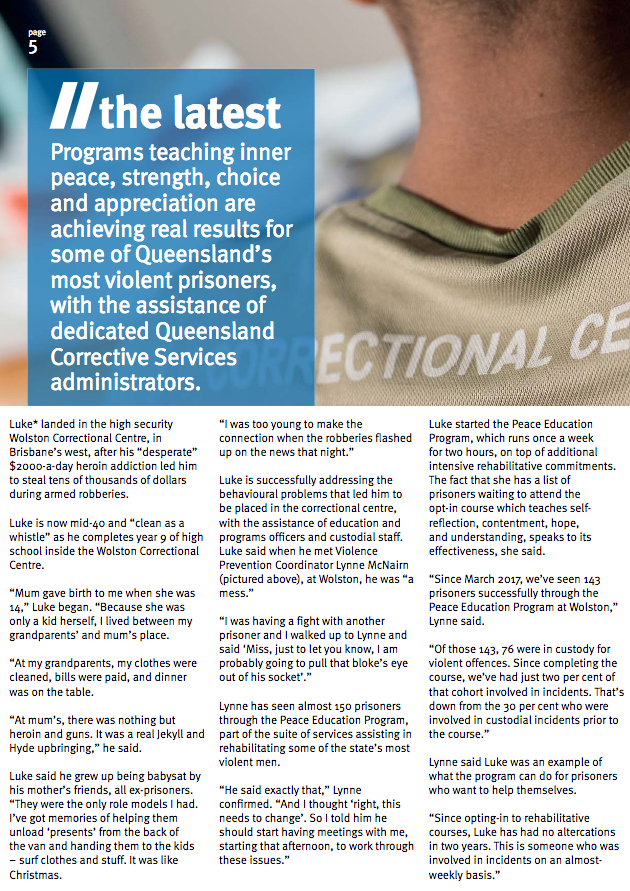 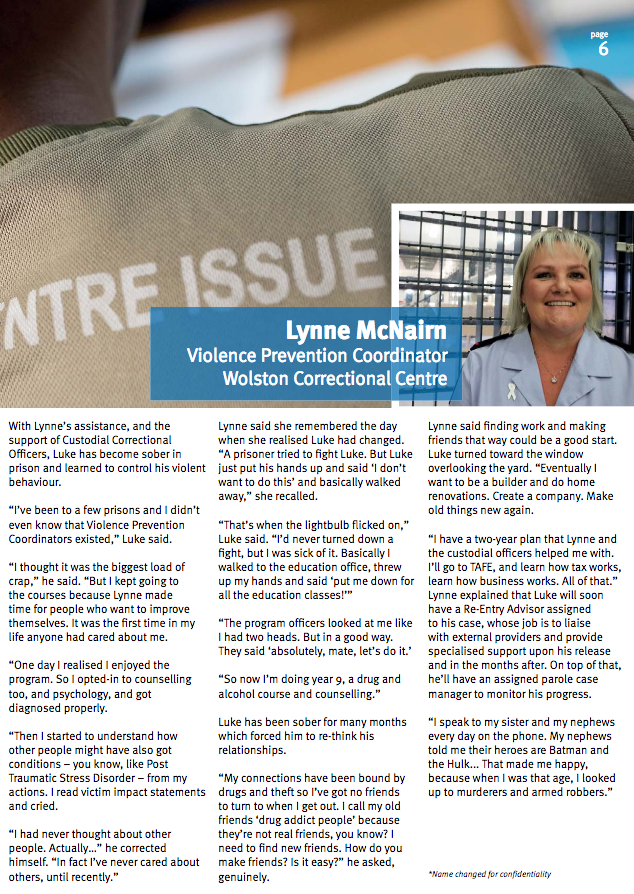