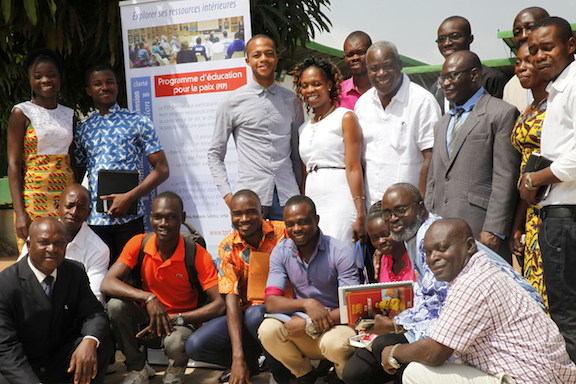 Bouaké is Côte d’Ivoire’s second largest city, still scarred from its part in the outbreak of the 2002 rebellion that resulted in years of fighting and loss of life. In the summer of 2016, three of its citizens, Eugene, Cisse, and Jonas, who had been introduced to the Peace Education Program (PEP), decided to present the program to the director of the local juvenile prison. As a result, PEP was approved for presentation at the prison. The first workshop took place in September, attended by 11 inmates and two of the prison officials. 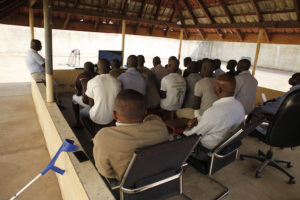 After the sixth class of ten, the prison director invited the inmates’ parents to be part of the next class. The juvenile participants had put together a message for their parents, which moved some to tears:

It is true that we offended you. It is true that we brought shame to the family, and we sincerely apologize for that. Today our story has changed because of PEP. This program gave us the tools we needed to be kind, to do things with clarity, and to be strong in life. We are not the same anymore. What we need from you now is your love and your trust to give us a new hope when we return home.’’

Based on the report about the program from the officers in charge and the transformation observed in the inmates, the juvenile prison director began promoting PEP among his circle of friends and colleagues. Now the Director of the main prison for adults has asked for PEP to start there. 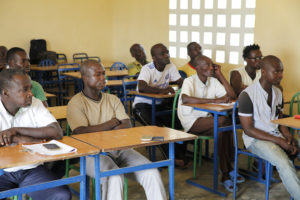 After this success, Eugene, Cisse, and Jonas decided to organize a PEP presentation to the community in celebration of National Peace Day on November 15 at the well-known Centre National de l’Action Culturelle. Clearly, word had spread about this innovative new program. The governor chaired the event, and attendees included a broad cross-section of community leaders.

The impact of the presentation became obvious when the emcee came on stage to thank people for coming and invite them for refreshments in the lobby. Yet, no one moved, and a palpable silence prevailed for some time. After the event, 65 people requested information about how to bring PEP into their communities or institutions. 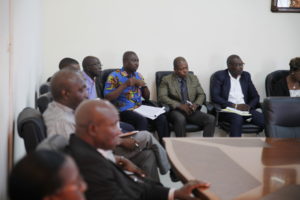 The President of the Peace club at University Alassane Ouattara had come to the event with members of her cabinet. She invited Eugene, Cisse, and Jonas to come for a meeting the next day on the campus. As a result, the first PEP in a university in West Africa is scheduled to start in Bouaké on January 17, 2017.

The day after the event, the three paid a courtesy visit to the Regional Director of Education to discuss how the PEP could unfold in the schools in the region. Expressing great interest, he requested a global PEP presentation for school staff and teachers in the New Year.

The biggest surprise of all was the nationwide TV coverage of the event, which was broadcast three times the next day on the national TV station, RTI.