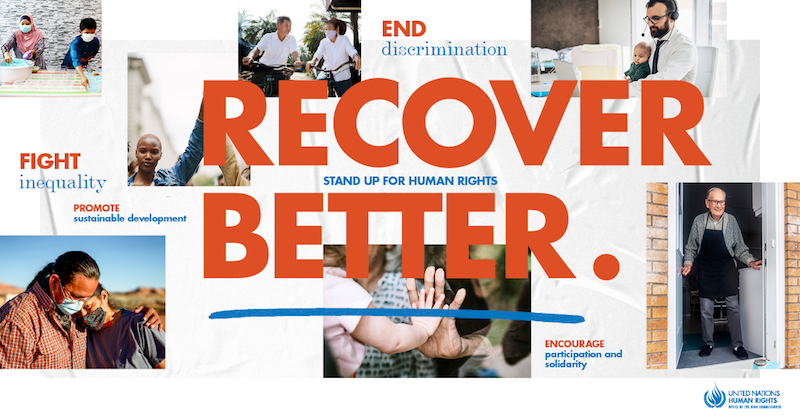 The Prem Rawat Foundation’s humanitarian work is being highlighted as part of a documentary broadcast celebrating the United Nations Human Rights Day, observed each year on December 10.

The occasion marks the 71th Anniversary of the Universal Declaration of Human Rights, the most translated document in the world, available in more than 500 languages. This document, written after World War II, proclaims 30 inalienable rights that apply to every one of the nearly eight billion people living on this planet.

The Peace Channel is celebrating Human Rights Day by streaming music, views, and news about the universal struggle for human rights for several weeks starting on December 10.

The Peace Channel programing features TPRF video messages that celebrate the International Day of Peace and highlight how all people have the right to live with peace and dignity. It will also feature some of TPRF’s humanitarian initiatives such as the Food for People and Peace Education programs.

“Thanks to Peace Channel for celebrating human rights and growing awareness about the progress that has been made around the world, as well as areas that need more work to ensure equality and dignity for all. TPRF is dedicated to addressing fundamental needs so that all people everywhere can live with peace and prosperity, and we appreciate our efforts being highlighted in this Human Rights Day broadcast,” says Jake Frankel, TPRF Communications Director.