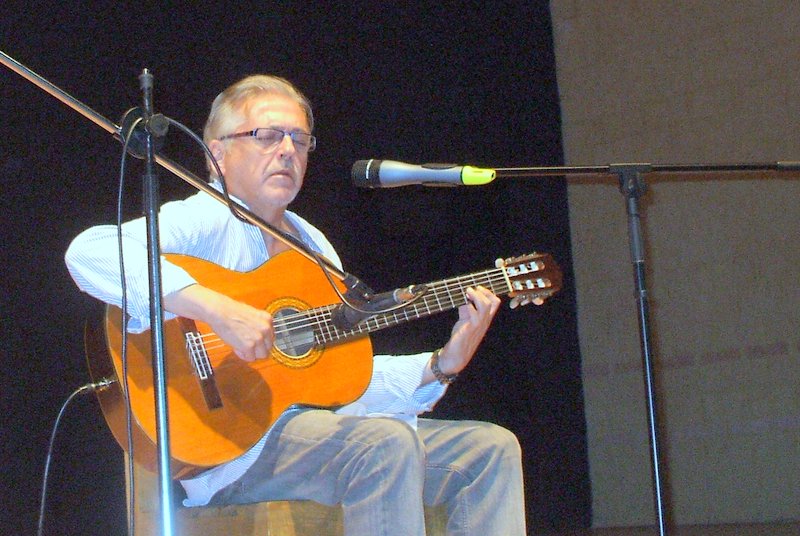 Gonzaga Delage is part of a team of people from Jerez, Spain, who, for the past three years, have facilitated a Peace Education Program class at Puerto III prison, near Jerez in the province of Cádiz. Inspired by classical guitarist and friend of TPRF, Manuel Imán, the PEP team asked Manuel, who was in town briefly, to give a concert for the inmates in the PEP classes. The idea took off, and here is Gonzaga’s rendition of the story.

It was a short 10-minute drive from Jerez to the Puerto III prison on a hot June afternoon. We had to pass the usual security check at the entrance. But today the prison looked brand new as we walked through nice gardens to reach the hall. It was simple, attractive, and had space for over 100 seats. Manuel Imán was giving a concert at the prison today! 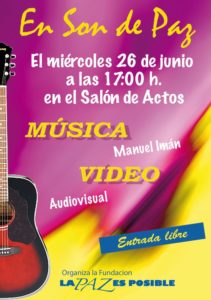 Manuel set up the rehearsals with the help of one of the inmates. He decided to use the Spanish guitar and two microphones: one for him and another for the guitar. We also rehearsed the new six-minute video from TPRF showing PEP all around the world in very different environments.

Soon there was no more time for rehearsals. At 5 pm, groups of inmates began coming from the different modules. A nice poster made by Luis Mesón announced the concert information and a short video, and the sponsorship, “La Paz es Posible,” (Peace is Possible) the name we have for the PEP class. There was not enough room for all of the inmates, so a few people from a couple of modules were unable to get in. The hall was full.

I went onstage to say hello to everybody and made a short speech, thanking Manuel Imán for the concert. I explained that for three years now the workshop of “La Paz es Posible” has been available on Fridays, and we were going to see a short video to explain what it was all about.

All 200 people, inmates, officers and the vice director of the prison, watched it and saw how PEP is reaching out all over the world to improve people’s lives. After that, I went onstage again to introduce Manuel. The audience greeted him with a big applause.

Manuel captivated the audience from the beginning. He started with versions of his own songs and a guitar piece from “Songs from a Grateful Heart.” Then he started singing blues, and the audience roared. He kept changing the rhythm, showing a great variety of styles. Then he became more intimate again, singing “Moon River” and “Cheek to Cheek.” After a few more songs, he ended the show with a very well known Mexican song, so people could sing along. And everybody did! 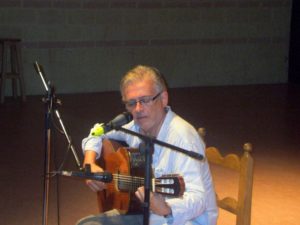 After the concert, Manuel said, “Sometimes the inmates were quiet while listening to my ballads, and then sometimes they were effervescent in their reactions to the more upbeat songs. For me, it was very touching seeing all the happy faces. I feel for them, too, that it was unexpected for everyone to feel so much joy after the concert.”

We all enjoyed that unexpected ending and gave a standing ovation to Manuel. People asked for more, and the inmates who went to the PEP workshop wanted the PEP volunteers to go onstage to thank them for this effort. But the times are very tight at the prison, and the officers started to lead the inmates back to their modules, first the ladies and then the men.

When almost everybody was gone, the inmates who go to the workshop asked for a picture with Manuel and the volunteers. It was so nice to see them together. Then the vice director and myself went to be in a picture with them. An inmate took all of the pictures. 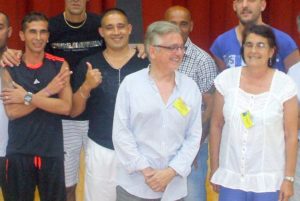 Then, the PEP students had to leave as well, and we had a few minutes of conversation with Tatiana, the vice director, and some other officers of the prison. They thanked us for the concert, and we offered them the possibility to have more concerts, as we have a number of friends with musical talent. The vice director was very pleased about that, because she is not from the area and she doesn’t know any musicians around here.

At the parking lot of the prison, we said goodbye to each other. It was still hot, but more importantly, it was warm in our hearts.

We had shared a magical hour with the inmates, and some of them understood the importance of peace, dignity, and prosperity. 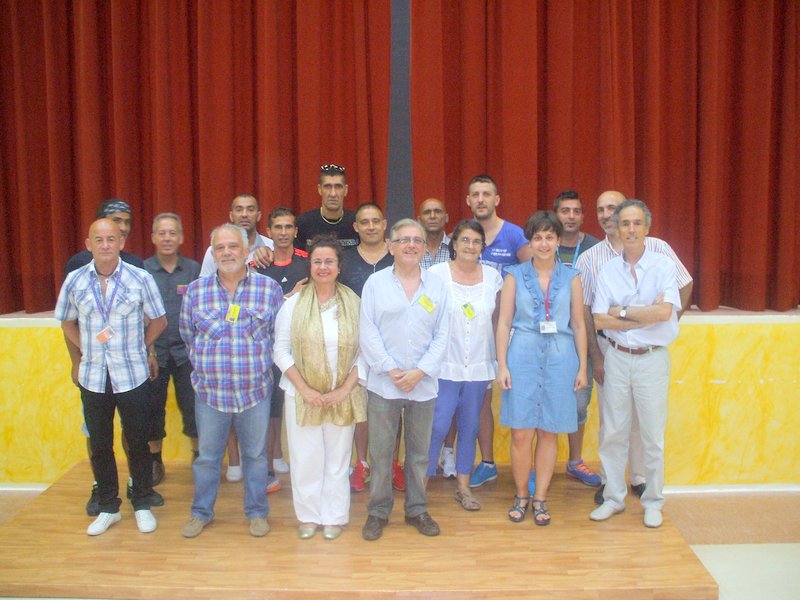