October 19th, 2013: The First Peace Education Program on a US University Campus begins!

TPRF volunteers Michelle Cameron and Victor Kamont have worked tirelessly and with great enthusiasm to introduce the first peace education class on the CSUN campus. Here is Michelle’s revealing narrative of this exciting new development.

Sponsored by the Peace Club at CSUN (California State University Northridge), Peace Club members attended the class as well as invited guests. There were nine attendees from a diverse mix of religious, cultural, and ethnic backgrounds.

The one-hour session included four videos and time for reflection and expressions with many moving comments.

Within minutes of the opening video, class members shared delighted glances. Students met the invitation to express with enthusiastic responses. Much scribbling of notes in the workbook took place both during reflection time and while the videos were playing.

As the class progressed,  I felt a feeling of love, appreciation, and a sense of shared humanity that was palpable in the room.

By the end of the class, everyone present expressed excitement and gratitude for the availability of such a unique course.

“I feel blissed out. I’m speechless.”

“Many times during the class, my heart filled with such a sense of gratitude that my eyes filled with tears.”

One of the students said she was smiling so much that her face hurt.

Victor Kamont, Peace Club President and class facilitator, concluded by thanking everyone for coming, for sharing, and for being a part of such a beautiful event.

“We were so enthusiastic, even though we were encouraged to wait to start the class,” Victor said. “We felt that the time was now, and it turned out to be the right decision. At our first class, there was an international student officer, brought as a guest by one of the participants, who was flying back to her country the following day. She now wants to bring PEP to students in her part of the world.

“I appreciate my professors allowing me to announce the PEP in all of the classes I attend, and people were very excited. Our club treasurer, Marlene, also announced the PEP in her classes and she said the energy generated turned a ho-hum day into a wonderful one.” 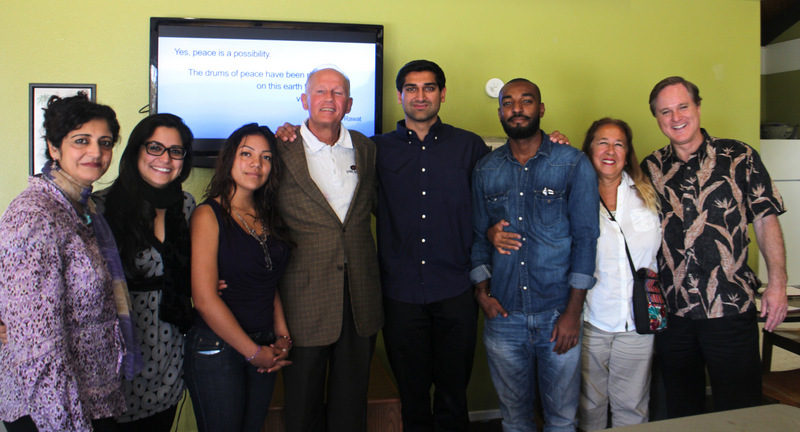