On the Ground in Ghana: A Report from Bobby Hendry (Part 2) 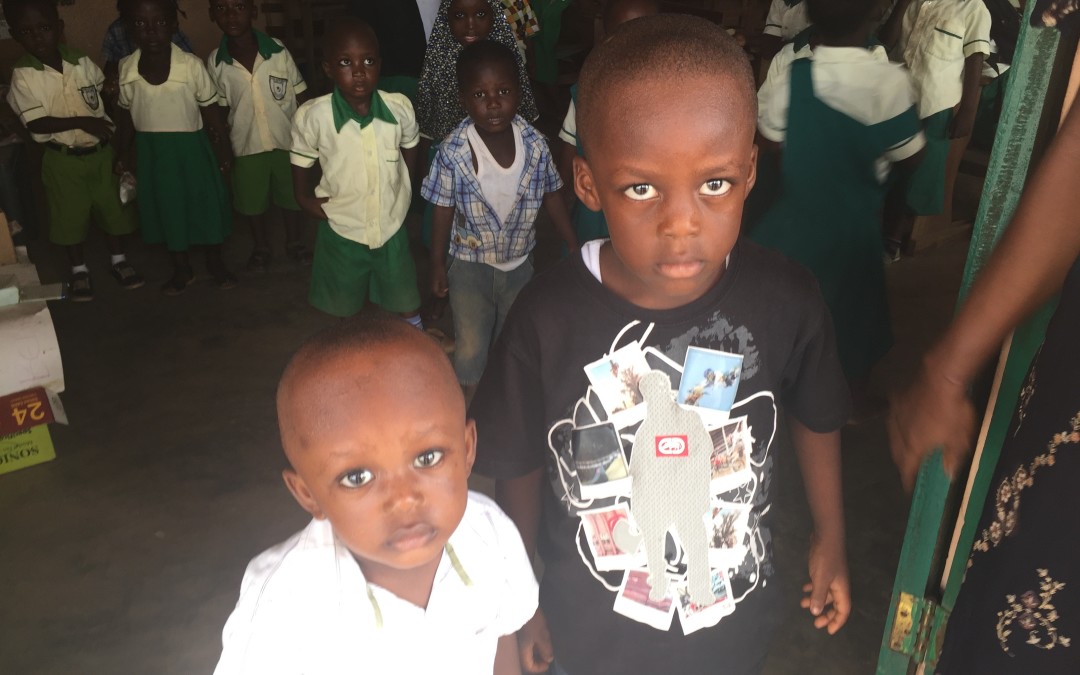 Bobby Hendry oversees meal planning, hygiene, and procedures for the Food for People (FFP) program. He recently visited the kitchen facility in Otinibi, Ghana and logged this report.

(This is part two of the report. Check out part one here.)

One of my main goals for this trip is to evaluate a request by a local school to expand the FFP program to include its students.

Parents, school staff, and the new Chief of Otinibi, Nii Kweidza Mansa III, the son of the late Chief, have all requested that the facility please feed the children. 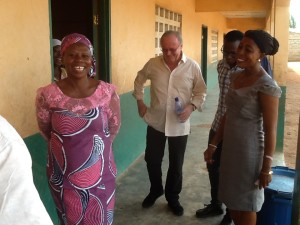 Bobby Hendry is pictured in the middle

Our team meets with Headmistress Zenabu Iddrisu and School Manager Mohammed Aminu Ali. We learn from them that approximately 110 disadvantaged kids and orphans now go to the school.

It is called the “Aisha Bint Khalifa Arabic and English School” and we are informed that it serves children of both Muslim and Christian faiths. We also learn that the school has been opened by a benefactor living in the U.S. It has been open for only four years. Like all other schools and universities in the country, it is licensed and overseen by the Ghana Education Service and the Ministry of Education.

We explain to the school administrators that the vision for FFP is to help poor children and adults regardless of race or religion. We cannot cater to demands for special foods from any religion. For example, I mention that if a request comes for halal meat, it cannot be fulfilled.

Mr. Ali responds by saying that he is glad I raised the issue and sees no problem, as he himself has eaten at the facility a few times and sees no need for any changes. “The food kitchen is providing a very good service,” he says. 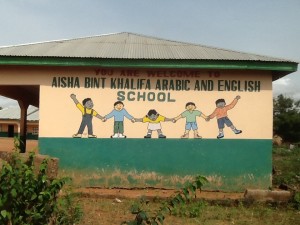 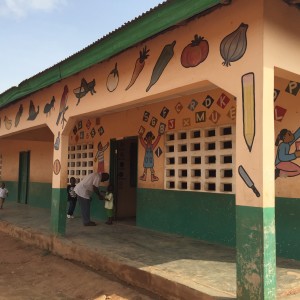 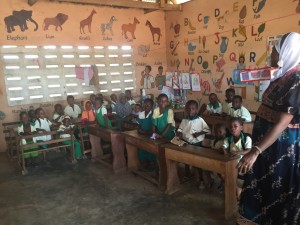 The next morning I go to the school with Sam and Francis.

The school is about a 300-yard walk from the FFP facility. The barebones building abuts a large dusty playing field. On one side a foundation has been laid for a future junior secondary school. The existing structure starts with a kindergarten class, followed by classes for all grades up to 12-year-olds.

We meet all the teachers and pupils. Starting at the kindergarten class, we walk around the building until we come to the 12-year-olds at the end. I am talking to the Headmistress and the teachers, when over their shoulders I spot all the cute little tykes escaping from kindergarten class and running around the playground. I bring the teacher’s attention to the mass escape. She shouts at them to get back to class. As a grandfather myself, I’m impressed as I have never seen young kids obey so fast.

Mrs. Iddrisu also points out empty desks in the classrooms. She comments that if given permission to eat at the facility, many more parents would send their children to school. At the moment the children are being fed haphazardly, as parents and teachers themselves are paying for their meals. 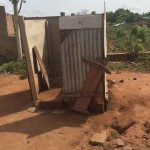 As we leave the school we come across a dilapidated small roofless wooden structure that does not smell so good. I ask Sam what it is. He tells me it is the boy’s urinal. To give a sense of the poverty, I took a photo.

It’s a poor school, but has a good feeling and appears to be well run.

I personally have no hesitations recommending that students at this school be allowed to eat at the FFP facility.

Stay tuned to tprf.org for more information about the expansion of FFP to include this school. 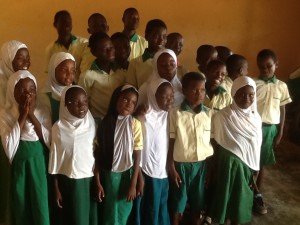 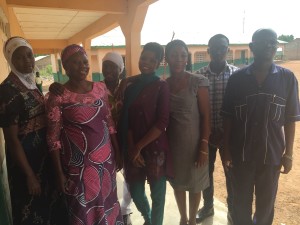