Perspectives on Peace Education from Volunteers in Brazil 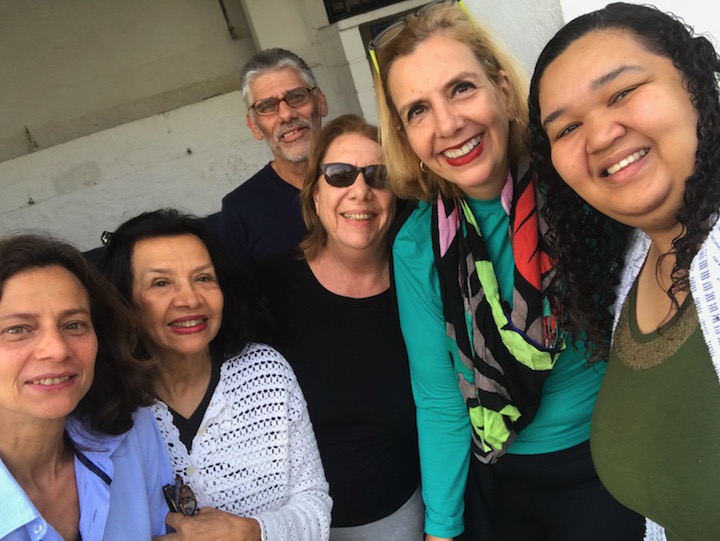 Ivete Belfort (pictured second from the right) is a business administrator, a mother of two sons, and a volunteer for The Prem Rawat Foundation (TPRF) who helps oversee the Peace Education Program (PEP) in Brazil. With the help of Ivete and other volunteers, participation in PEP has been growing rapidly, putting Brazil near the top of the list of 76 countries where the program has been offered. In this blog, Ivete and several other volunteers in São Paulo share their perspectives on what it’s like to be part of PEP and how they see it helping participants.

Over the years, I have enjoyed conducting PEP workshops for all types of audiences and institutions in a variety of communities, allowing me to see firsthand the difference it can make in the lives of many different kinds of people. 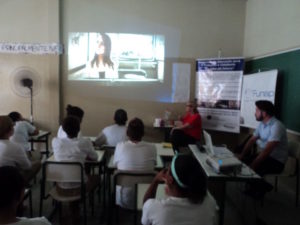 There are PEP courses happening in many states throughout the country. I live in the state of São Paulo. With a population of approximately 44 million, it is the wealthiest state in Brazil. We face many challenges, including those concerning the 172 prisons concentrated in the state, which hold 20% of all the inmates in Brazil. We are currently offering weekly PEP workshops in 10 prisons (soon to be 12) as well as in schools, universities, and cultural centers. Around 600 to 800 people participate in the program each month in the city of São Paulo (the state’s capital) and the surrounding towns. It is a great effort for a small team in a large area. We conduct about 20 workshops per week in the region.

Thankfully, more and more new volunteers are offering to help, and they are finding their efforts very enjoyable. In order to maintain the high quality of so many workshops, it is important that we function well as a team. We are always looking for ways to improve.

I hope these comments from some of our PEP team members will inspire other volunteers around the world and encourage more people to get involved with TPRF: 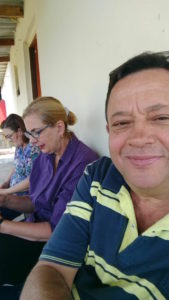 Zila: The way the inmates participate in the workshops, I can see that the videos are resonating deeply. They are happy. Prem Rawat’s empowering message is so simple, so true, that it matters little whether a participant is a scholar or is of humble origins. The impact on each participant is unique, and that makes it very gratifying to help out.

Roberto: Being incarcerated is not easy. The environment is hostile and very heavy. When inmates first come to the class, they don’t understand what it’s all about. In the second week, I see a change in them. They seem to walk through a metaphorical door and get on the side of their hearts.

Lucimar: With the help of Roberto, I developed a way to present an introduction of PEP to an online audience as well as to more than 900 people in the State of São Paulo’s Court of Justice. My experience with this event was fantastic. It all started when I was looking for a place to put up posters to advertise another PEP near their offices, and I thought, why not stop by the office of the Court of Justice to see if they would be interested in offering it to their employees. Their overwhelmingly positive response was exhilarating!

Juliana: I was first introduced to PEP at UNIPAZ (International University for Peace) and it helped me gain so much self-knowledge. I love being part of a program that has the power to transform and awaken each one of us. It is a great responsibility. 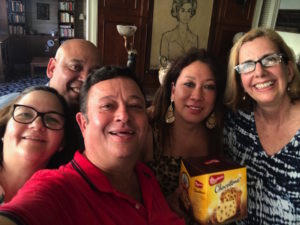 Sandra: When I started to participate in PEP, I did not know the impact it would have on my life! The first time I stepped into a prison to facilitate the program, I was very apprehensive because it was specifically a prison for people who committed sex crimes. I did not know if I could face those men. My attitude soon changed, and now my husband and I look forward to offering the class every week. We even started facilitating the class at another prison where inmates have committed similar crimes.

Carlos: My entire family is involved in PEP. My wife Rosane and my children were so inspired by the program that they also became volunteers. It really enriches our lives.

Rosane: When I first heard of PEP in 2014, I loved the program. I became part of the volunteer team, but at first it was difficult because I was scared to speak in public—it felt like I was exposing my vulnerabilities. I felt that other people were better than me, that the world was better than me. But I kept going every week to a women’s prison with other volunteers, not opening my mouth other than to greet people, still trembling. In time, I gained confidence with the material, and now my confidence is so great that I facilitate PEP. It’s been a great learning experience.