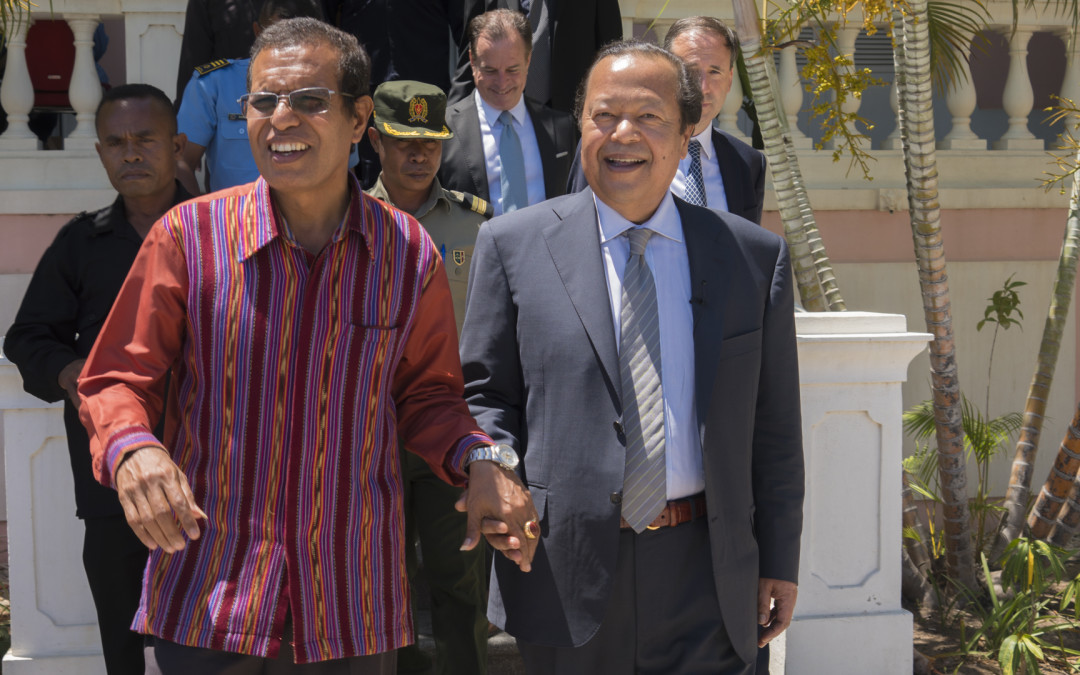 Traveling to the war-torn Asian nation of East Timor for the first time on September 18, Prem Rawat received a warm welcome. He addressed an audience of 600 people at the Noble Palace of Lahane, including the country’s President Taur Matan Ruak, First Lady Isabel da Costa Ferreira, and other dignitaries.

Still reeling from decades of war with Indonesia that left approximately 100,000 of the country’s 1.2 million people dead, East Timor is Asia’s newest nation, gaining independence in 2002. Unemployment is high, the literacy rate is low, and approximately 41 percent of citizens live below the poverty line. It is a country of young people, with over 45 percent of the population under the age of 18. 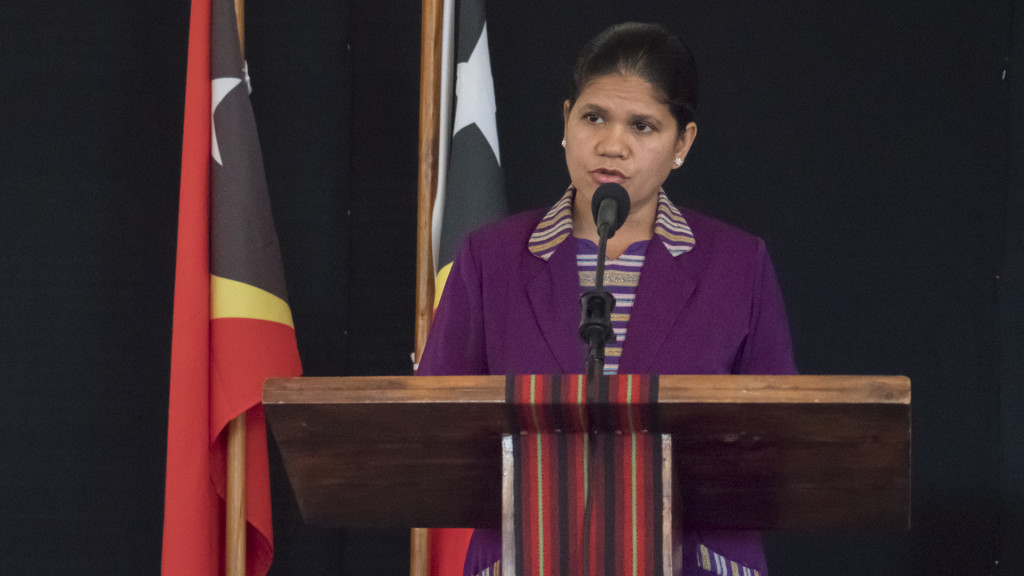 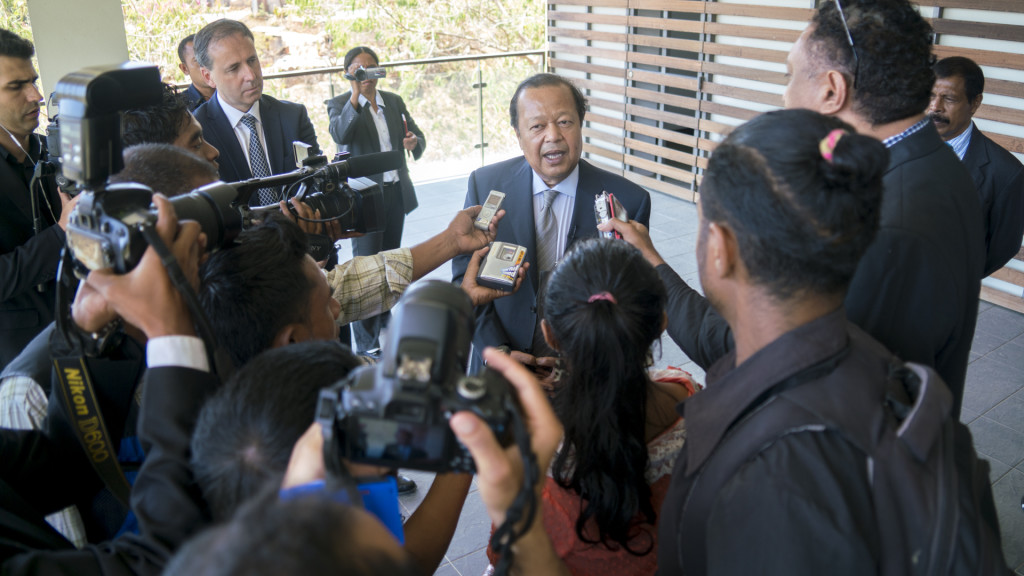 Mr. Rawat was invited to the country by the first lady—a human rights lawyer and partner in the Timor Foundation, which supports clean water and education initiatives. She had seen videos of Rawat’s international addresses and asked him to provide inspiration to the country as it tries to build a more peaceful and prosperous future.

In a national TV interview, Rawat said he “would like to give the citizens of East Timor my best wishes. I think they’ve already been through a lot, and the time has come for them to shine.” He said that he would explore the possibility of mobilizing The Prem Rawat Foundation to provide humanitarian aid as well as advance the Foundation’s Peace Education Program in the country.

In addition to healthy food, water, and shelter, the path to long-term peace, prosperity, and dignity will require “a revolution in our thinking,” said Rawat. He lamented a global society that too often wastes food at the expense of starving people and spends vast resources on weaponry instead of using technology to help people.

“We have forgotten the preciousness of life. When I was reading the history of East Timor, all I could say to myself was, ‘how could one human being do this to another human being,’” he said.“The day we do not respect each other, we become fanatics. And the conclusion is that we will destroy everything.”

Noting that 99 percent of every human body on earth is made up of the same six elements (oxygen, carbon, hydrogen, nitrogen, calcium, and phosphorus), Prem emphasized that people have more in common than they often think. When contrasts arise, “people need learn to live with each other, so when we see a difference with someone, we don’t say ‘that difference is bad.’ Everyone thinks that other people should be like them. No. Everyone is how they are, and we must learn to appreciate it.” 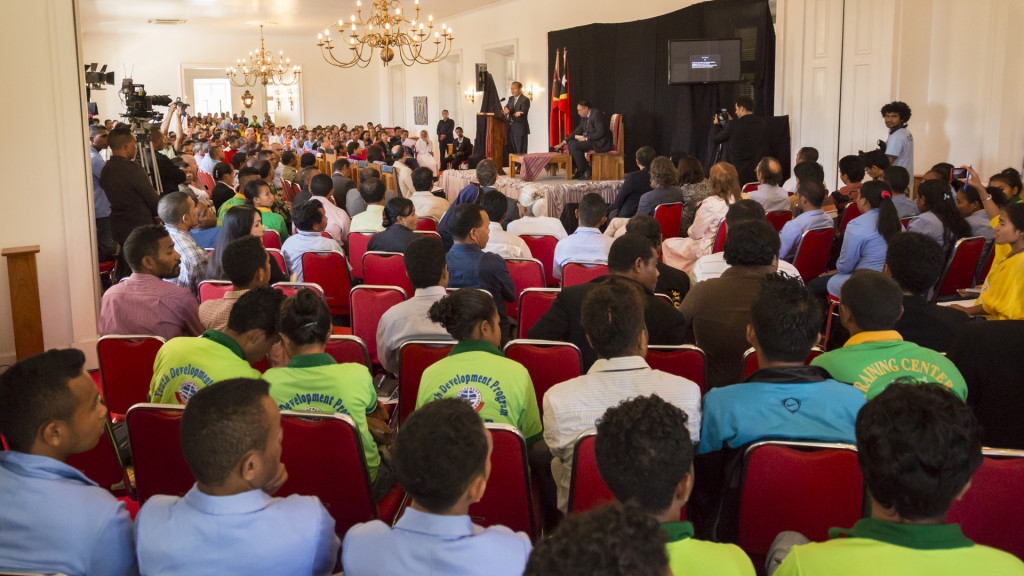 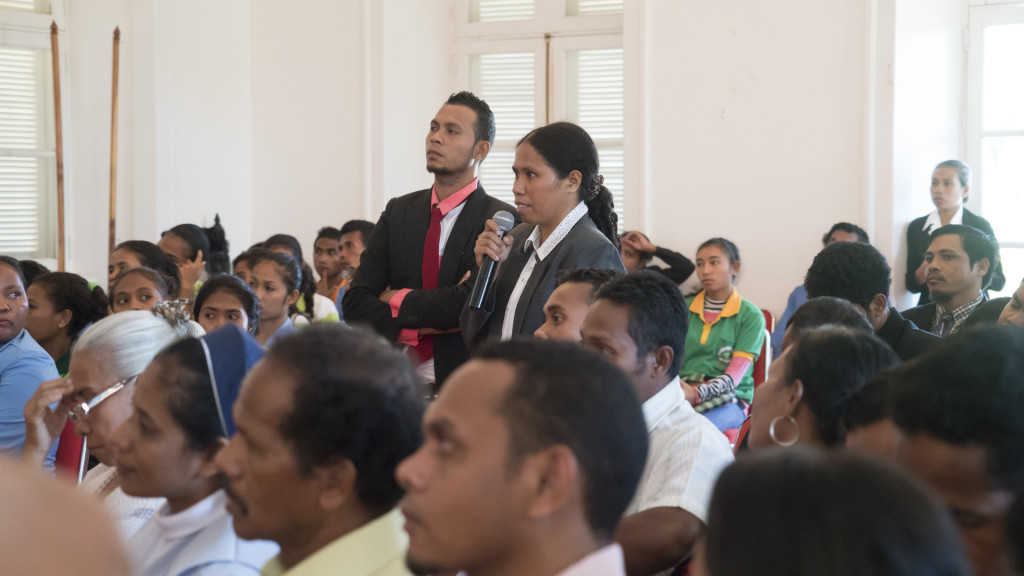 Despite the challenges facing East Timor and the rest of the world, Rawat said he’s hopeful about the future because ultimately making peace is easier than making war.

“To make war, you have to do things. To make peace, you don’t have to do anything—because peace resides in the heart of every human being. Peace is already there. It has to be explored. It has to be nurtured and it has to be understood,” he said. “If we take away the unconsciousness and the stupidity, the normal will be peace.”

There was enthusiasm for Prem’s message throughout the visit, with Timorese dancers greeting him at the airport and university students surrounding the Palace of Lahane straining their ears to hear what was being communicated inside.

At the conclusion of his remarks, President Taur Matan Ruak embraced Mr. Rawat and invited him to a private lunch at his residence.

“I very much appreciate what you have presented. I found your speech and explanations to us very dynamic, motivating, and also healing for us as a new nation that was recently on a path of conflict,” said Ruak, who also invited Prem Rawat to come back to the nation soon. “I hope that in the future we will have peace in our country.” 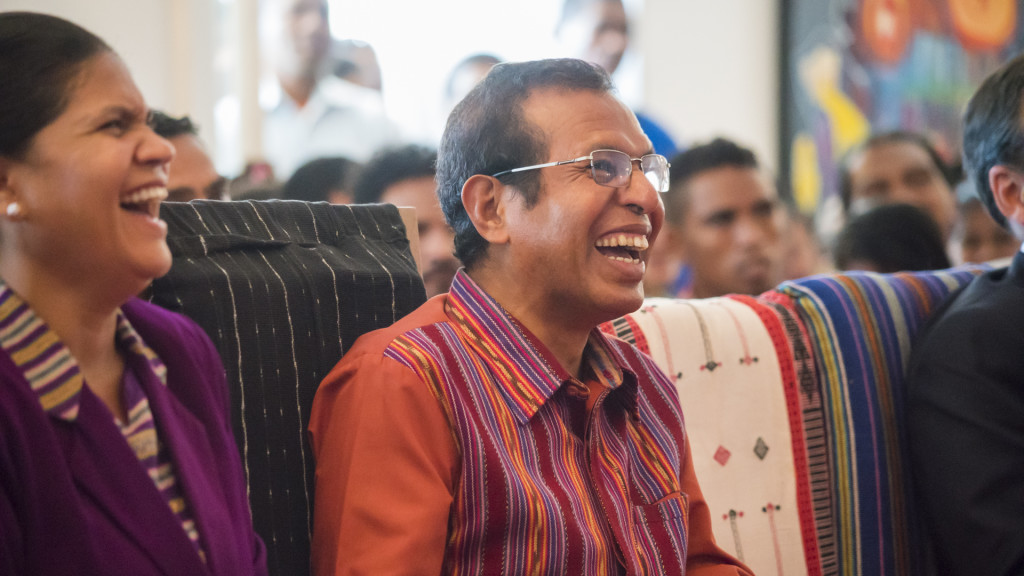 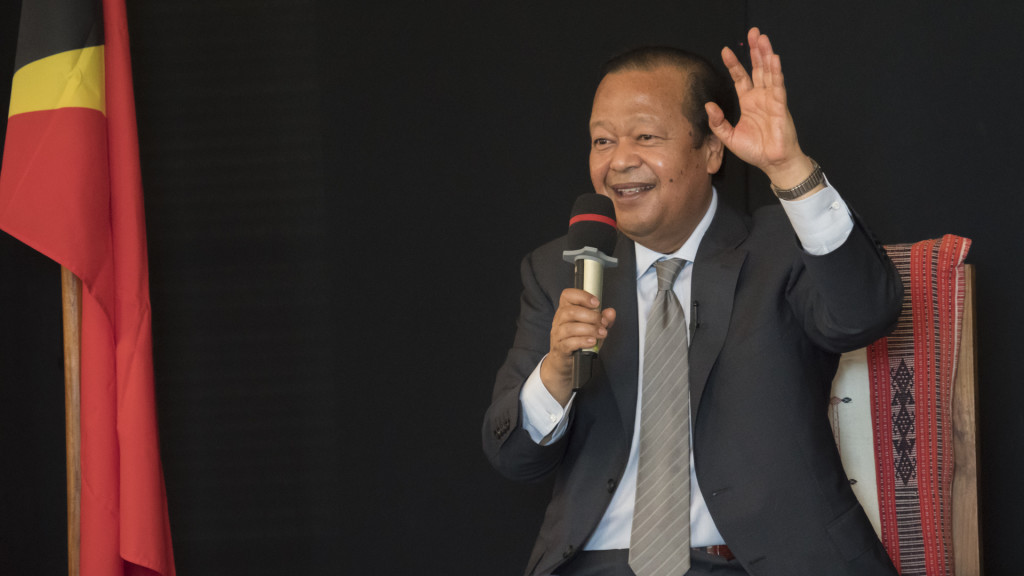