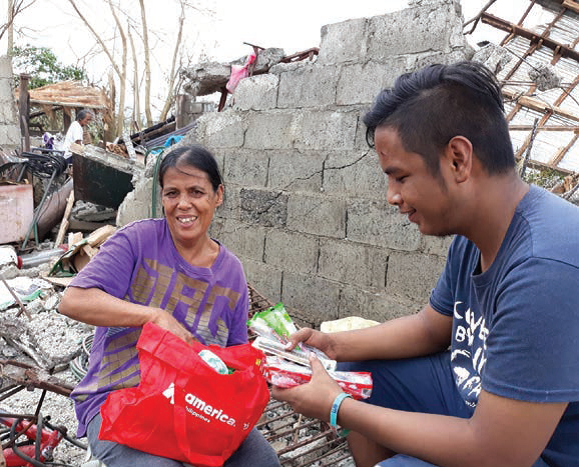 The Prem Rawat Foundation (TPRF) provided $40,000 for critical medicines and medical supplies to help people recover from the devastating recent earthquake and tsunami in Indonesia.

The funds were granted to Americares, a charity that is working effectively on the ground in partnership with local government officials and healthcare providers to respond to the urgent needs that have developed since the disasters hit on September 28. The earthquake toppled buildings while a towering 20-foot wave washed over coastal communities on the island of Sulawesi, killing more than 2,000 people and forcing tens of thousands more from their homes.

TPRF responded immediately with $15,000 in aid. In the weeks since, TPRF’s generous supporters added $25,000 to that amount, ensuring that many more people will receive the ongoing assistance they need.

“Our hearts go out to the people who have been traumatized by these tragedies. Thank you to all of the donors who put TPRF in a stronger position to help people during their darkest hours,” says TPRF Board Chair Linda Pascotto.

The Indonesia relief funds are just one of the many initiatives TPRF takes to fulfill its mission of helping people live with dignity, peace and prosperity around the globe. Since its inception in 2001, TPRF has made more than 160 humanitarian grants to improve lives in 40 countries.

TPRF has also developed the Food for People program, which provides hundreds of thousands of nutritious meals to malnourished children and elderly adults in Ghana, Nepal and India.

TPRF’s Peace Education Program has been offered in over 80 countries, empowering diverse groups of people to find a deeper sense of hope, inner strength and contentment.