Preparing for the Monsoon: Roofing Sheets and Shelters

TPRF is helping villagers who lost their homes prepare for the upcoming monsoon season by continuing to distribute corrugated galvanized iron (CGI) sheets to be used as roofs. The metal is in heavy demand by villagers in remote areas, who combine them with salvaged materials such as stones and wood from the wreckage of their houses to build temporary shelters.

In the hard-hit districts of Dhading, Gorka, and Sindhupachok, 550 bundles of CGI sheets have already been distributed. TPRF is funding 1,000 more bundles, which will be delivered soon. To help protect people from insect-borne diseases, which rise during the rains, TPRF is also funding the distribution of 2,000 mosquito nets. The monsoon season in Nepal typically runs from early June through September.

Some settlements are deciding to pool their resources to build larger multifamily shelters, while others are choosing to build smaller, single-family dwellings.

These photos show some of the metal sheets being distributed and the shelters being built: 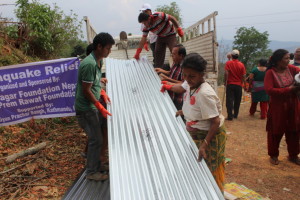 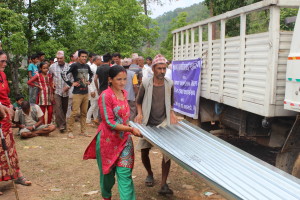 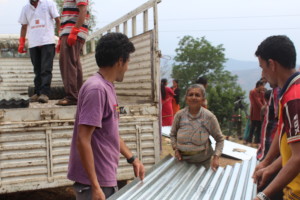 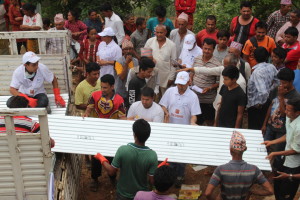 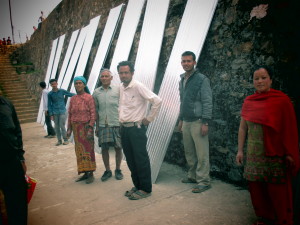 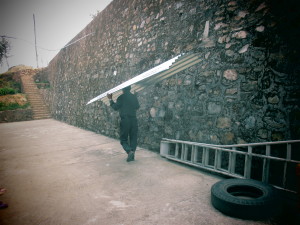 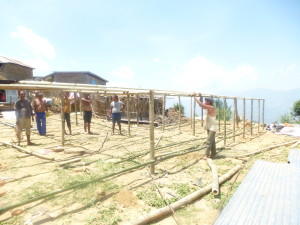 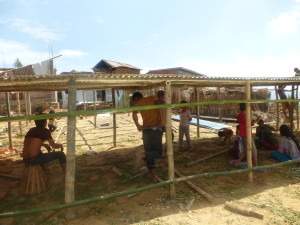 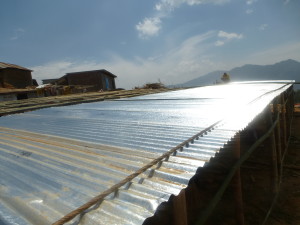