Kelly Moore Raises Funds for the Hungry with Music 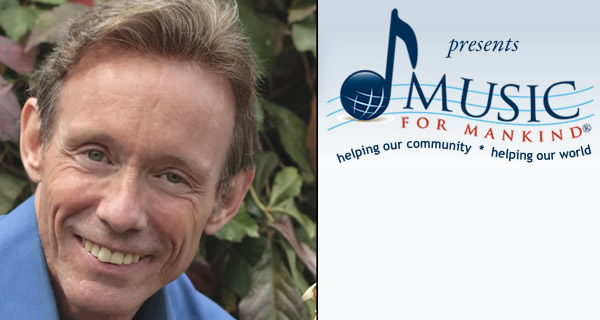 Kelly Moore is a musician and performing artist who uses his talents to raise funds for TPRF and other humanitarian non-profit organizations.  We recently interviewed Kelly to get a glimpse of the man who founded “Music for Mankind,” a charitable organization that works with its partners to alleviate world hunger.

TPRF: Tell us about your nonprofit organization, “Music For Mankind.”

Kelly Moore: I started Music For Mankind® in 2007 as a series of benefit concerts with the proceeds contributed to The Prem Rawat Foundation and the United Nations World Food Program.

Since that time, I have added an annual local community charity food drive, and traveled as US Delegate for World Food Program USA to the mountains of Nicaragua and the high Andes of Peru. I produced a documentary of this trip called “Nicaragua – On The Ground” for my lecture series “Music For Mankind® – How Can We Help.” I have also held a fund-raiser motorcycle rally, and completely changed my concert series from a full ensemble performance of original music to a show called “Give My Regards To Broadway” that I perform as a solo vocalist and dancer with piano accompaniment. With my new show, I have performed some sixty shows in Vermont, New Hampshire, Massachusetts, New York and California to help raise funds and awareness about chronic global hunger.

TPRF: What inspired you to establish your organization?

Kelly Moore: I have been inspired by Prem Rawat’s work and his contributions in helping those who struggle every day just to survive. I thought that possibly, with my talents, I could help a little, too.

TPRF: How did you become familiar with TPRF?

Kelly Moore: I was introduced to Prem Rawat and his message of peace in 1973. That peace which he taught me to find within myself is my daily guideline.

TPRF: What made you want to support the work of TPRF?

Kelly Moore: When I became aware of Mr. Rawat’s charitable efforts and his organization, I knew I wanted to do what little I could to give back. Late one night while trying to get to sleep,  the idea for Music For Mankind® came to me as a clear possibility to accomplish this objective.

TPRF: What motivates you to help other people to the extent that you have with your organization and in your travels?

When I was in Nicaragua with the United Nations World Food Program, I saw what I call “The Face of Hunger.” I also saw the face of hope. Both the incredible work that TPRF is doing and the work that I witnessed first-hand in my travels gave me a lifetime of memories and an unending drive to continue.

In my show “Give My Regards To Broadway,” I perform popular Broadway and American songs as a solo vocalist and dancer with piano accompaniment. Since July 2010, I have performed the show over 40 times. The show is very portable, easy to set up, and is a simple and efficient way to raise money to help.

If you would like to invite me to your area or region to do some fundraising for TPRF, I can bring my show and help organize an event. Feel free to contact me at www.musicformankind.net or on Facebook. Post comments here as well if you wish. I’d love to partner with others interested in this topic!