This week, we re-visit the Peace Education Program at the Montgomery County Correctional Facility in Maryland through the eyes of guest blogger Linda Fox-Novak.  Linda is a new volunteer working with women taking advantage of the program.

A few months ago, as a member of the The Prem Rawat Foundation website, I received an email containing a video entitled, “Lives Changed in San Antonio.” It was an interview with Captain Carter from the San Antonio Prison in Texas. I had not yet heard of the Peace Education Program (PEP) the Foundation provides to prisons around the globe, but after watching the video, I felt compelled to be a part of this incredible effort.

I sent an email to TPRF’s website asking how I could get involved. To my surprise, within a few days, I had a response from the local volunteers who were already providing the PEP at the Montgomery County Correctional Facility (MCCF) located in Boyds, Maryland, just up the road from my home! They had been conducting workshops for many months and welcomed me aboard, even though they were already in the fourth week of an eight-week course.

A little history of my own: I am a certified paralegal, and several years ago, I had been to the MCCF to have an inmate sign documents. I was somewhat apprehensive but knew it was a part of my job. When I left the facility that day, it was painfully obvious to me that as a paralegal I would have to “take sides.” There would inevitably be one winner, one loser.

It struck me so deeply to see the inmates in person rather than just a name and case number on paper at the attorney’s office. I had processed their files and court documents but never actually met them. It was extremely difficult for me personally to choose a position, but I could see that I wanted everyone to win, or at least to benefit. Of course, in the current judicial system, this is not a possibility I could expect to see anytime soon, or so I thought.

When I began as a volunteer, the team offered the workshop in English and in Spanish to the men only due to the volume of males compared to females. It was awesome to see how focused they were! They were getting it! They were asking questions. I was seeing winners! How wonderful to see this amazing program bringing hope, self-esteem, and dignity to those who need it most. Regardless of guilt or innocence, this was a way I could help both sides.

Our next step was to request the workshops for the Ladies. The Volunteer Coordinator at the facility is tremendously helpful and accommodating. And, I’m happy to say, we held our first class on Tuesday, August 9. The excitement is electric! The message is clear. We are all winners when it comes to addressing the longing of the human heart to be fulfilled. 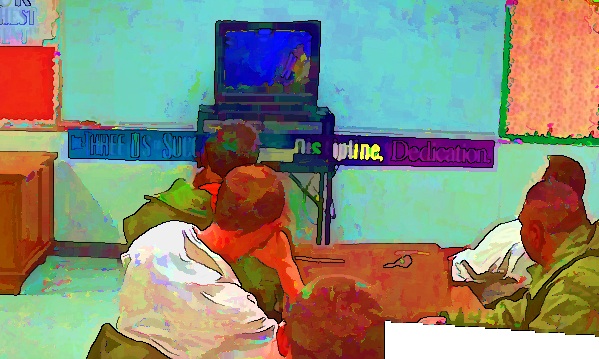