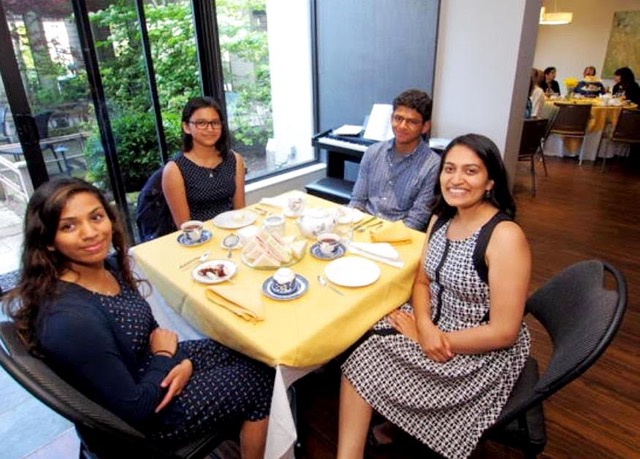 Michel and David Klamph recently opened up their home to 50 guests in Toronto, Canada, hosting a tea party that raised US$1,242 for The Prem Rawat Foundation (TPRF). 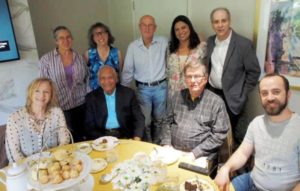 Longtime supporters and volunteers for TPRF, Michel and David have made good use of their condo’s “Garden Room” over the last 10 years, hosting several benefits to support the charity. “We love hosting events,” says Michel. “We seem to have an especially lucky room for fundraising. It’s warm and comfortable, and people seem to enjoy coming.”

Michel made three delicious cakes for the most recent party, but the Klamphs also had a lot of help from other TPRF supporters in the Toronto area this time around. Michel gives much of the credit for the success of the event to two young women, Meera Vignaraja and Divya Balendra, who worked with other volunteers to arrange linens, china, tea pots, silver, and a rich assortment of sandwiches, sweets, and teas. “They really took charge and offered such a beautiful afternoon to everyone,” says Michel. 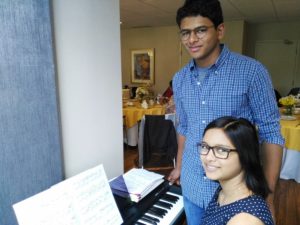 Independent fundraising events like the tea party are critical to the success of TPRF programs.

“Thank you so much to Michel, David, the other organizers, and everyone who came out in Toronto to show your support for TPRF,” says TPRF Development Director Marci Klein. “Every dollar donated to TPRF is put to good use to help people, whether through a nutritious meal, a Peace Education Program workshop, a live forum, or other initiative. Your support changes lives.”

For more information on hosting independent fundraisers and the available support, visit the Fundraising & Awareness page.