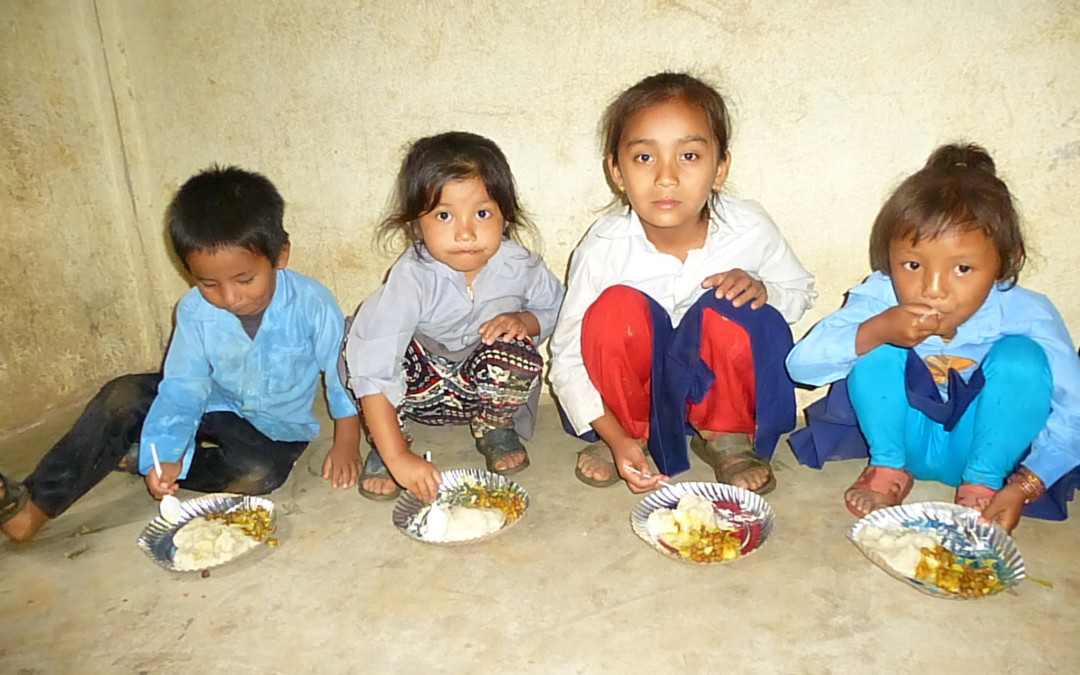 In the wake of this spring’s devastating earthquakes in Nepal, The Prem Rawat Foundation (TPRF) is expanding its long-term Food for People (FFP) program to double the amount of children who are served nutritious daily meals.

Approximately 1,600 children per week will now benefit from the food aid, as meals are delivered from the FFP kitchen facility in Tasarpu to a pair of surrounding schools in the mountains. The move to expand the program comes at the request of officials at the Mahakali Secondary School and Liti-Mahakal Secondary School. Both school buildings and nearly all the homes in neighboring villages were damaged by the 7.8 magnitude earthquake on April 25 and subsequent aftershocks. 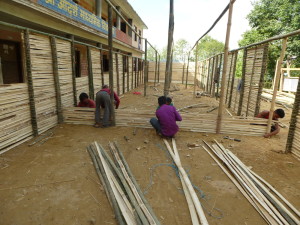 TPRF provided materials to build temporary classrooms after school buildings were damaged by the earthquake.

TPRF provided metal roofing sheets to help repair the school buildings, but even after the classrooms re-opened, student attendance was down as local children struggled to find a bite to eat. Some kids from the schools were exhausting themselves by trudging approximately three hours a day from their homes so they could eat at the FFP kitchen in Tasarpu, making it nearly impossible to focus on their studies. Without the expanded food aid program, “50 percent of students would discontinue coming to class,” estimates Om Prasad Sapkota, Headmaster of Liti-Mahakal School.

Before committing to providing long-term meals, TPRF worked with its partner on the ground, Premsagar Foundation Nepal, to conduct a trial program at Liti-Mahakal, resulting in great success. Before the earthquake, enrollment at the school was 365 students, which quickly dropped amid the tremors. During the recent trial program, enrollment immediately increased to 384—exceeding even the pre-quake numbers.

The rise in attendance is consistent with the long-term trends at Adarsha School, which is located almost adjacent to the FFP kitchen in Tasarpu. Since the kitchen started serving daily meals to Tasarpu children in 2009, enrollment at Adarsha has more than doubled, test scores are up, and health has improved. Approximately 800 students eat at the facility each week, as well as dozens of infirm adults. 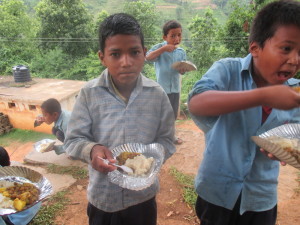 Building off of that success, meals for an additional 800 children will now be prepared at the modern FFP kitchen facility, then safely delivered in hygienic containers to students at Liti-Mahakal and Mahakali schools each afternoon of the five-day school week. The meals will consist of nutritious native cuisines such as rice, dalmoth (a dry snack made of lentils, nuts, and spices), vegetables, and beans, although some liquid dishes normally served at the FFP kitchen will not be provided due to transportation difficulties.

Empowered by the support of people from around the world who donate to TPRF, the charity’s Board of Directors has committed to spending $50,000 per year for the next three years to expand the FFP program in Nepal.

TPRF also continues to work with local leaders and its partners on the ground to assess ongoing earthquake relief needs. Watch a new video to learn more about the relief effort here.

To support the Foundation’s expansion of the Food for People program, use this donation form.

Photos from the new schools receiving Food for People aid: 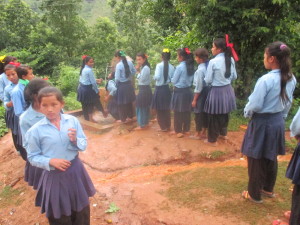 Students at Liding-Mahakali line up to wash their hands 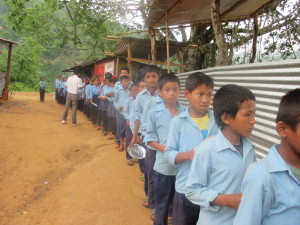 Students at Liding-Mahakali line up for food 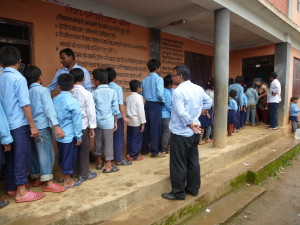 Students at Mahakali line up for food 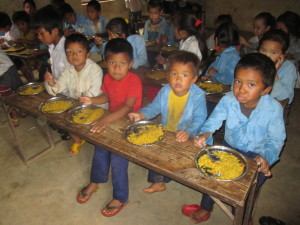 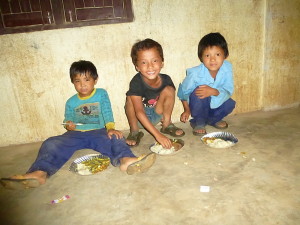 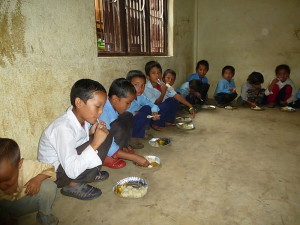 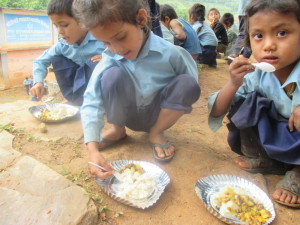 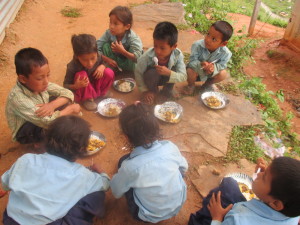 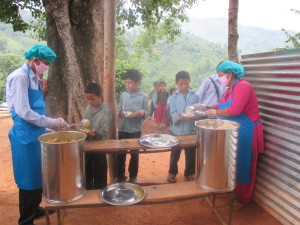 Students being served at Liti-Mahakal

Photos from some of the new temporary classrooms built with materials funded by TPRF: 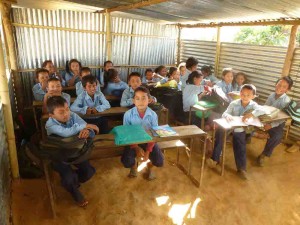 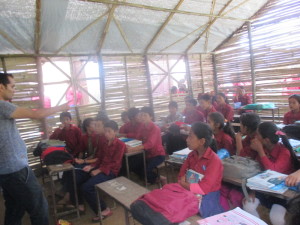 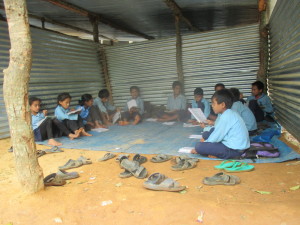 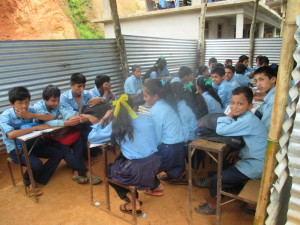