Turning Up the Volume in Brazil for Peace Day 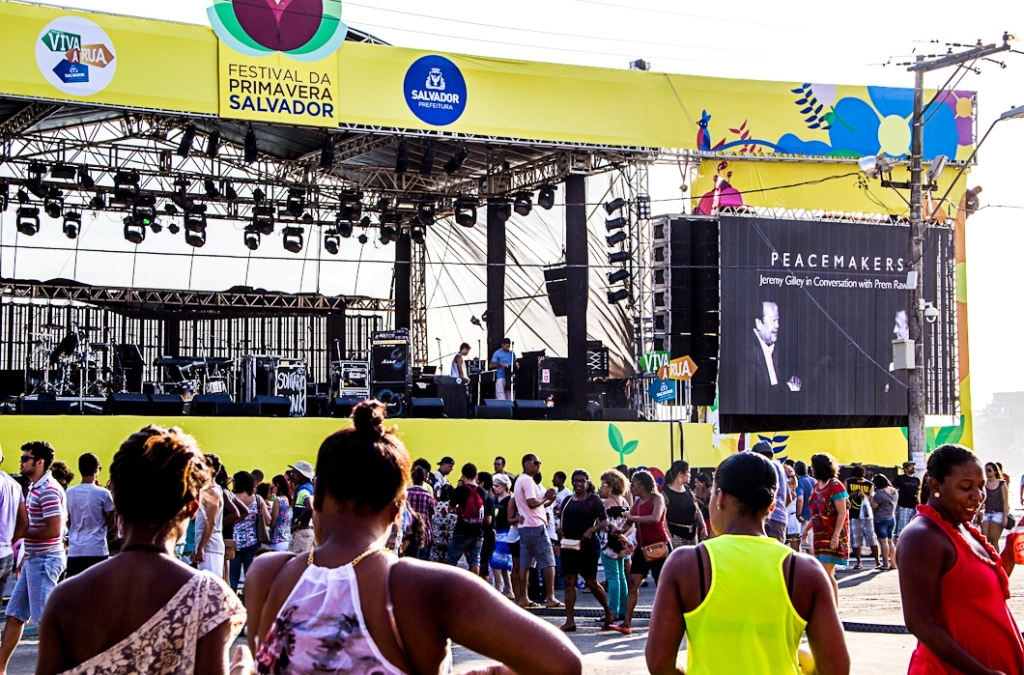 Salvador Brazil, one of the oldest cities in all of the Americas, comes by its reputation as Brazil’s “Capital of Happiness” honestly. Home of the largest street carnival in the world, Brazil’s third most populous city is known for its lively Afro-Brazilian music, wonderful cuisine, and almost countless outdoor parties.

And for two highly productive weeks in September leading up to International Peace Day—thanks to Sergio Abreu—Salvador was also a place where you almost couldn’t hide from a colorful message about peace.

Abreu, a businessman with a background as a mechanical engineer, was personally responsible for 10 billboards being put up along Salvador’s busy streets, each with a different message about the possibility of peace in the world. Three of those billboards highlighted the words of Prem Rawat.

“Each billboard we put up about Peace Day was viewed approximately 500 thousand times a day,” says Abreu, who worked with one of Salvador’s largest marketing companies to develop and print the larger-than-life reminders about peace. “With ten billboards over 15 days, we estimated that these beautiful messages were viewed over seventy five million times.” The city of Salvador paid for the billboards at a cost of US $700,000.

Sergio’s efforts alone, in fact, might go a long way toward explaining the unprecedented response to this year’s International Day of Peace.

Prem Rawat in hundreds of thousands of inboxes

The billboards themselves would have been exposure enough but Abreu didn’t stop there. During the week leading up to Peace Day he arranged for over 335,000 emails to go out—each with a link to Peacemakers, the lively discussion between TPRF founder Prem Rawat and filmmaker Jeremy Gilley, founder of Peace One Day.

“Peacemakers,” according to the email which was sent to the customers of four of Brazil’s largest companies, “shows the vision of a man who has dedicated his life to help bring peace to each person individually discussing his message with a filmmaker committed to non-violence on a global scale.” 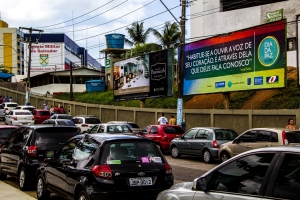 So far, over 25 million people worldwide have watched this inspiring video. Sergio’s one-man media blitz didn’t end there, however. On Peace Day itself, he appeared on one of Salvador’s most listened-to radio stations for a one-hour interview discussing peace and Peace Day along with Salvador’s Secretary of Sustainability—reaching over 4,000 people per minute.

“On Peace Day, we were on the main stage celebrating peace with thousands of people,” said Abreu, who coordinates the Peace Education Program (PEP) for TPRF in Salvador’s neighborhoods. “We took the opportunity to talk about Prem Rawat’s work and showed some of his videos, including Peace Quotes. People loved it.”

Getting the peace message out is something Sergio Abreu has certainly taken to heart. “The celebration was magical and beautiful, at the highest level,” he says with a smile. “I’m glad I had the opportunity to help make it happen.”