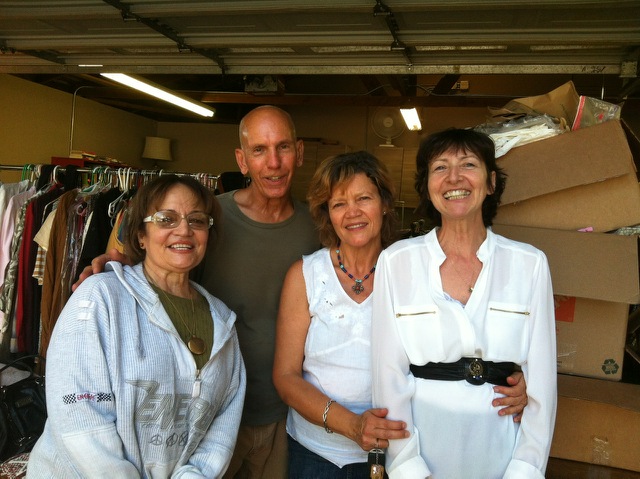 On a sunny weekend this August, my friend Terry’s garage and his whole yard became the scene of the most memorable yard sale I could’ve imagined.

It all started with the goal of raising money for TPRF. After mulling it over for almost a year and checking with experienced event organizers from TPRF to get their feedback, I presented the idea to a few friends in the Ventura area who all shared the same interest in supporting the charity’s work.

Enthusiasm grew quickly and a team came together, but the project was lacking an adequate venue. This all changed when one of the helpers, Sara, bumped into her friend Terry at a doctor’s office and told him about the idea. Possibly not quite realizing what he was signing up for (none of us did!), Terry told Sara he was on board and would make his place available for the sale. 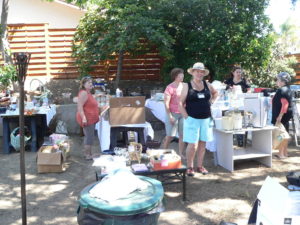 Emails soon went out to all our friends, and offers to help and donations of items for the sale started pouring in. Three people offered their homes as places to drop off items for the sale; four others made their trucks and services available. In all, more than 50 people donated truckloads of nice furniture, art, clothing, books, jewelry, sporting goods, medical equipment, gardening supplies, appliances—you name it! I think all of these people were excited to have a good reason to finally let go of all the things that “we still like so much, but don’t really need anymore.”

As the date approached, more and more items were dropped off and brought to Terry’s place. He and a small team of helpers spent many hours sorting, hanging, displaying, and pricing all of them. Good attention was also given to promotion via ads in the local newspapers, on Craigslist, and on nextdoorneighbor.com. Leaflets were given out to folks in the neighborhood. A graphic designer prepared professional signs, which ensured that the yard sale wasn’t missed by people driving down nearby streets.

The sale actually started before we had planned. A few days before the official date a lady came by while we were arranging things. She ended up paying top dollar for a few items. She didn’t want to bargain when she learned the proceeds were going to charity. It turned out her husband was from Nepal and she was very touched when we showed her the video about TPRF’s earthquake relief efforts. 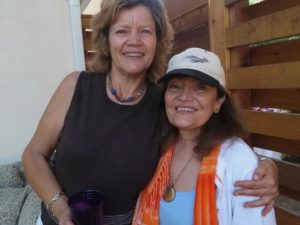 Another lady also called us a few days ahead of the sale because she saw a beautiful dining room set we were advertising on Craigslist. She also didn’t try to negotiate the price when she learned about TPRF. It turned out she had adopted a child from Nepal and was also very moved when we told her about the relief efforts. She even said she wished she’d known about the sale earlier so she could’ve brought a few of her own things to donate.

On the official first day, 12 volunteers showed up to help customers. This was no longer a yard sale but a small flea market! It felt like a party for customers as well as for the volunteers—we all had big grins on our faces!

On the last day, we decided to let each child who came have a toy or a book for free. Some of these kids looked like they were dragged there by their parents. But even if they came unhappy, they left with big smiles on their faces after receiving the free goodies!

It was two great days of meeting and greeting people, helping them find just the right item, receiving hundreds of $1 bills, enjoying the atmosphere, and getting the chance to introduce TPRF to people. Many expressed appreciation for what we were doing and for what TPRF does, and many took brochures home to learn more about the charity.

As we hoped, the success showed in the numbers. At the end of the sale we were able to happily donate $5,200 to TPRF! We would like to thank everyone who participated. And we can’t thank TPRF and its founder, Prem Rawat, enough for inspiring us to support peace, dignity, and prosperity throughout the world. 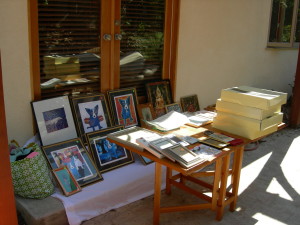 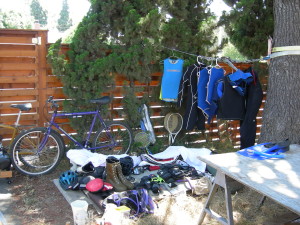 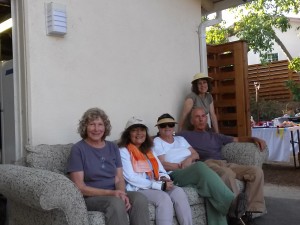 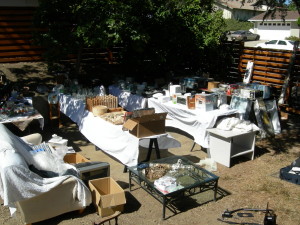