Giustino Caposciutti’s unique “Participatory Art” form brought together artists and local residents to celebrate peace through painting during the Week of Peace and Solidarity in Mazarra del Vallo, Sicily.

This week’s post continues “Weaving for Peace Part One” in which Giustino described the process of 100 people painting squares with a theme of peace. The individual paintings were then mounted onto long strips of paper and later woven into a huge peace mosaic. Before being woven together in a “Living Loom,” performers in costume paraded the strips through the town to the accompaniment of folk music.

Hundreds of people were touched either by the music, the live performance or by being a “painter of a small textile tile for a day.”

The parade moved along to reach the main town square. There, a young girl introduced and described the strips of paintings one by one in front of more than three hundred curious and attentive people.

Next, the time came to assemble the strips with the “Living Weaving Loom,” a group of people portraying the various components of a mechanical weaving loom. The actors moved at the direction of the master weaver who used colored sticks like an orchestra conductor to synchronize the operation of each part of the imaginary loom. A local folk group played music and danced to complete the performance.

After few minutes, the performers wove the one hundred paintings into a giant mosaic. In a climactic moment, they raised the “masterpiece” for all to see.

I sensed a deep, emotional response from the audience. The “Performance Art” and beautifully painted mosaic left the public speechless for a few moments. Slowly at first, the audience broke out with warm applause, which continued enthusiastically for a long time. All of the people in costume (figuranti) came to the front of the stage to allow the audience to snap pictures and record videos.

When the music began playing again, many people from the audience started dancing with the performers and the whole square was full of joy, peace, and celebration.

The next day, Prem Rawat came to inaugurate the Peace Monolith and to give the closing and most important address. His address completed an incredible Week of Peace and Solidarity in the city. The discourse touched all the citizens of Mazara del Vallo and all the many guests from Sicily, Italy and Europe.

I want to thank all the people who participated in this event, including the students and friends who helped me. And I want to especially thank TPRF for sponsoring a marvelous event that brought joy and many moments of deep reflection on peace to Sicily. 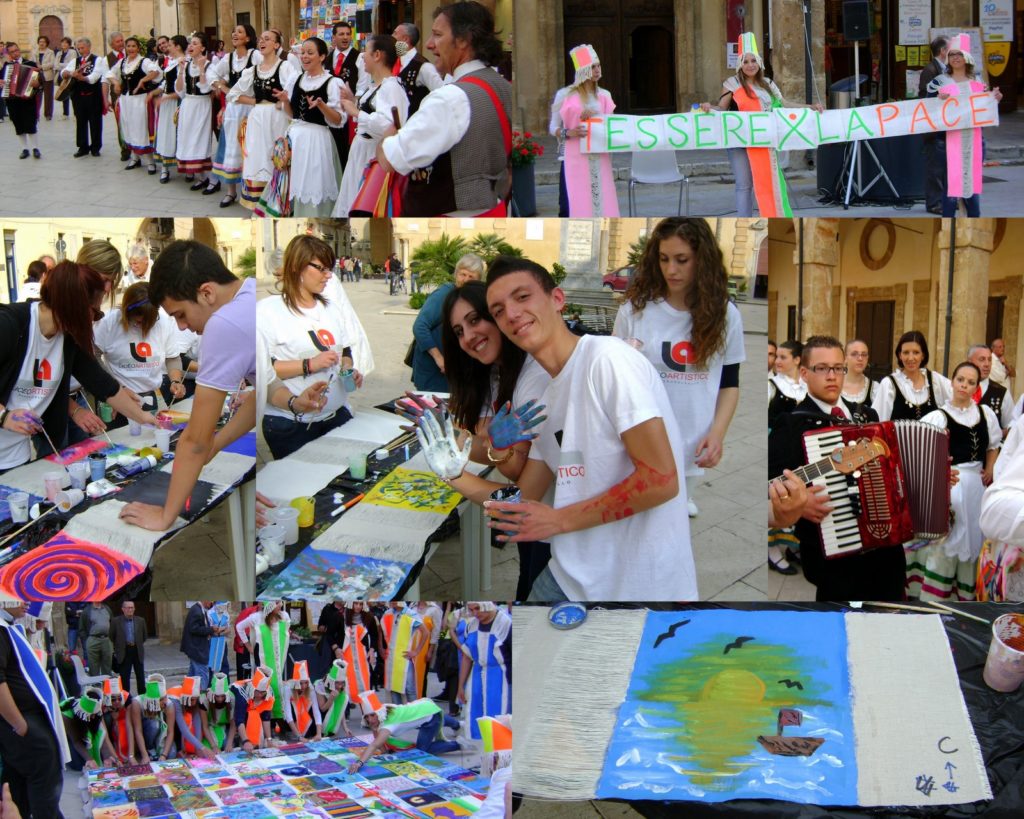