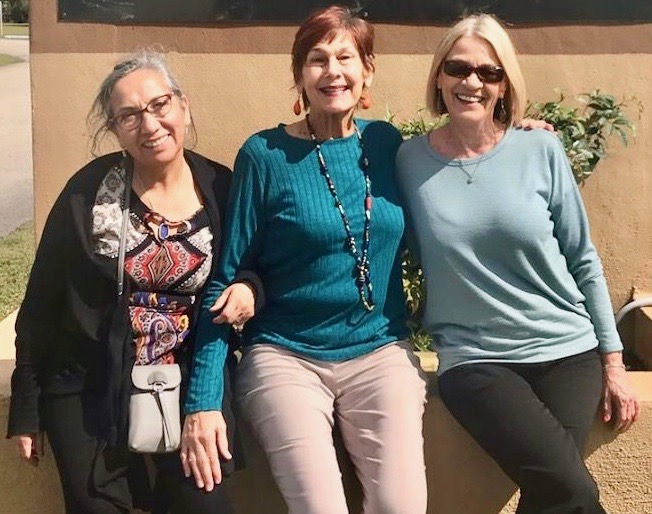 After retiring from a Chicago, Illinois medical center in 2016, Jodi Barker moved to Miami, Florida and began volunteering as a facilitator for the Peace Education Program (PEP) at Miami Jewish Health Systems. In July 2018, she joined the first PEP team at Everglades Correctional Institution (ECI) and has been a volunteer at this state prison ever since.

If anyone had ever told me that when I retired I’d be having the time of my life volunteering at a Florida state prison… well, you can imagine what I might have thought. ECI currently holds around 1,700 male inmates. Almost 10 percent have already become involved in the PEP within the last seven months. I never cease to be moved by the joy, sincerity, and wisdom the inmates exude.

Their ages range from early twenties to mid-seventies. Some will eventually leave but many will spend the rest of their lives there. A large number of them have already spent 20 to 40 years in state prison systems. Many are far from home and never receive visitors; others have no families left. In all cases, eyes light up and hearts open during the few hours per week the PEP workshops happen.

Most of these men have “seen it all,” outside as well as inside of prison. They have a clear understanding that peace cannot come from either place, and are beginning to realize that it has been within them all along. Many have expressed that had they known this sooner they never would have ended up in prison. Their interest in peace is palpable and their openness to Prem Rawat’s message is as real as it gets.

One participant said, “I appreciate this so much. My heart hasn’t been touched since the last time I saw my son, many years ago. Prem is touching my heart. It’s an honor to hear him speak, and for him to recognize us like he does, as human beings.”

“Prem is giving us tools for life,” said another. “No matter how hard it gets, I can know who I am on the inside. It helps me even if no one else knows. Because I know.”

The inmates at ECI are fortunate to have two extraordinary women on their side: Assistant Warden of Programs Kavell Scott and Classification Officer R. Hadden. Ms. Hadden works closely with the inmates and the PEP volunteers, organizing, promoting, and maintaining the ongoing success of the workshops. Ms. Scott recently expressed that what is happening at Everglades is what she signed up for twenty-one years ago when she took the job. She is amazed at the love and humanity she sees manifesting in the lives of the inmates, thanks, in part, to the PEP, one of the many programs she oversees. Ms. Scott’s and Ms. Hadden’s support and enthusiasm are invaluable to the growth of the Peace Education Program at Everglades.

At some point during each course, the question arises, “How can we invite Prem here?” Many of the inmates have seen “Inside Peace,” an award-winning documentary airing on PBS. The film follows the lives of four inmates at Dominguez State Prison in San Antonio, Texas, and the impact the peace class had on them, both inside and outside of prison.

The ECI inmates are aware of Prem Rawat’s 2018 visit to a group of PEP participants at Miami Dade County’s Metro-West Detention Center. The men at ECI are humbled that a person who addresses Houses of Parliament and audiences of many thousands would come to see a handful of inmates, and hope that Prem Rawat will visit ECI when he can.

An inmate from the first PEP said, “I came into this class by accident. And I keep coming back. When I walked in and heard Prem speaking, I knew this was for me.”

There are currently seven ongoing PEP workshops at ECI — four in English, two in Spanish, and one translated into Creole with the help of two Haitian inmates. There are wait lists for future PEP courses in all three languages. As Ms. Scott has said, “Let’s hope the effects of the Peace Education Program take over this entire institution!”

Both the inmates and administrative staff are strongly behind this life-changing program. Even some of the guards are being affected. It is especially gratifying to hear comments from inmates such as: “When I’m asked about why I keep going to the PEP, I say because it works.”

And aren’t we volunteers the lucky ones to witness such transformation behind prison walls! 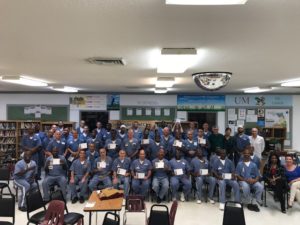